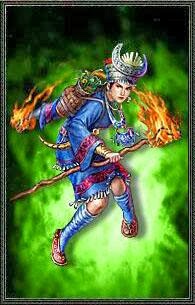 In the early part of the 2000s, there was a game released called Prince of Qin, and also an online version, World of Qin. It was an interesting enough alternate history/fantasy game grounded in ancient China for a setting, but one particularly notable element for me was the inclusion of Hmong/Miao witch (shaman) as a playable character who could join your party. In the online version, I believe it may have been possible to make your own original one.

In the standard Prince of Qin game, the character is Yinzhu (茵珠; Yīnzhū) is a Miao (Hmong) princess. From the notes still remaining online, she "learned from a powerful witch doctor and became an excellent healer. She travels around the region to cure people of illnesses and earns their respect. She marries Yanjiang, who reveals his ulterior motive—he is plotting to seize her father's throne. However, Yanjiang's plot is exposed and he ends up being banished from the Miao kingdom. Yanjiang meets Fusu, who is searching for the Gold Toad Pearl, and attempts to trick Fusu into helping him kill Yinzhu. In return, Fusu will get a Gold Toad Pearl. However, Fusu believes Yinzhu and helps her kill Yanjiang. Yinzhu decides to follow Fusu." There was also a wallpaper made for her character: 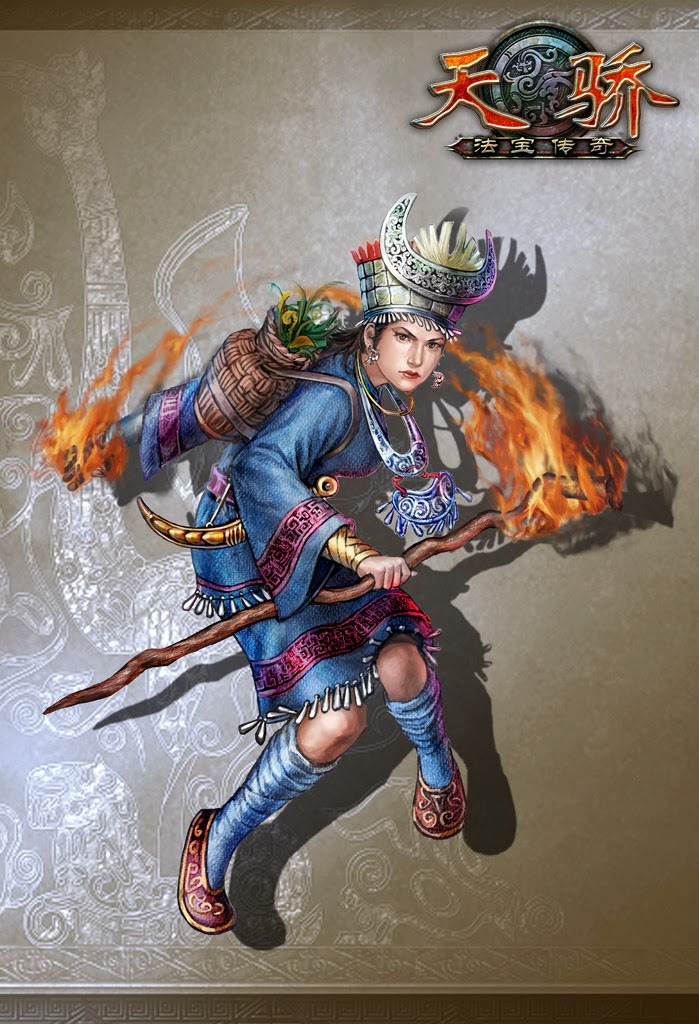 There's also a male Miao (Hmong) wizard/shaman available as well: Kunpu (昆蒲; Kūnpú) is "the sacrificial wizard of the Miao people in Hejiang Village. He is versed in Miao magical arts and protects the village from the evils of black magic. Once, during a ceremony, Kunpu's evil junior, Zongda, secretly used black magic and caused many villagers to die. Kunpu was accused of being the perpetrator and was expelled from the village. By chance, he meets Fusu outside the village and warns the latter about the black magic. Fusu is initially sceptical but is later affected by the black magic as well. When Fusu asks Zongda about it, Zongda tries to trick him into believing that Kunpu is responsible, in the hope that Fusu will help him kill Kunpu. However, Fusu trusts Kunpu and teams up with the latter to deal with Zongda."

Here you can see the Chinese cover for the game: 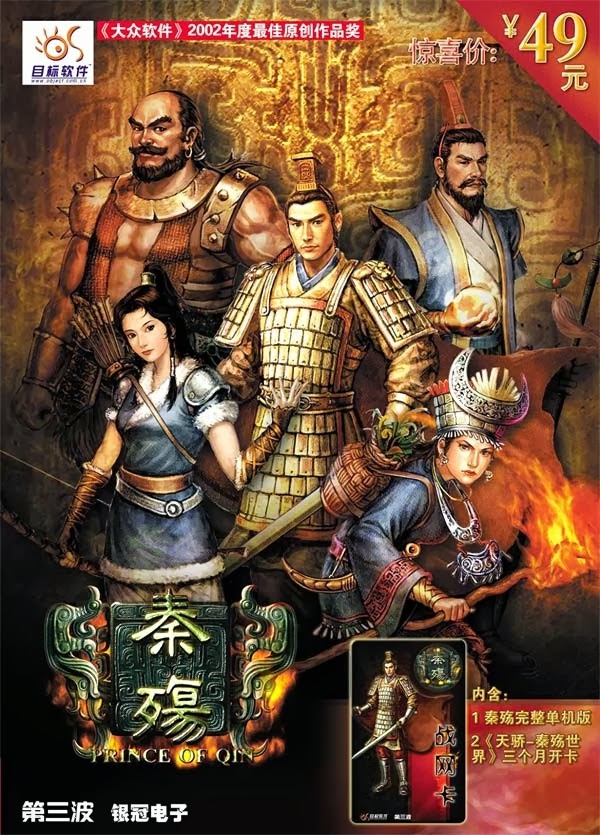 It would be interesting to see how other video game designers might create a game involving Hmong/Miao characters in the coming years ahead. There are some interesting conversations to be had about the stylization and visual language that was used for her character in relation to the others. But what do you think?