If you're in Minneapolis this week, be sure to catch Jagercon at Club Jager on Tuesday, January 28th. They'll be presenting The Legend of Sudsakorn. And trivia. I very much approve! I can't make it this time because of finalizing things with DEMONSTRA, but you should definitely go. 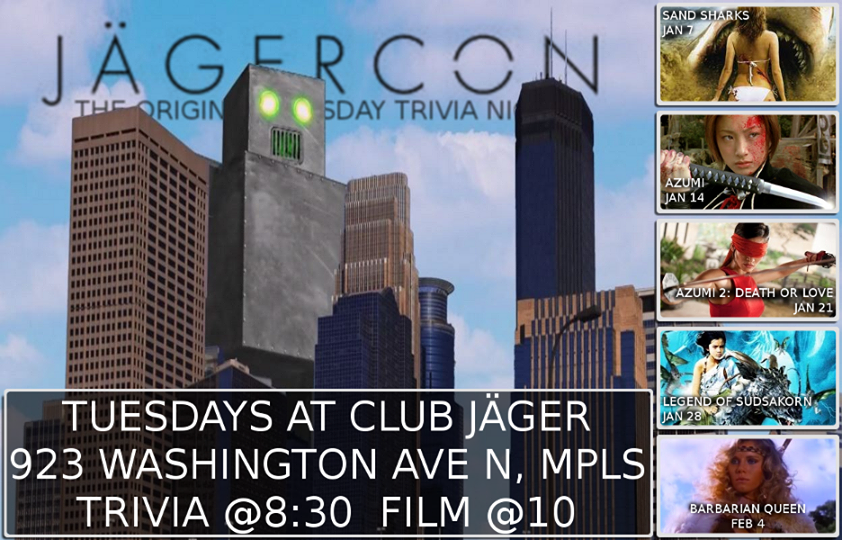 A 2006 Thai fantasy film, it's based on Sunthorn Phu's epic poem Phra Aphai Mani, a 30,000 line piece of work. This particular film is based upon a boy who is the son of a mermaid who is sent on a magical quest to find his father, a prince with a magic pipe. Throughout the journey, he traditionally becomes an elephant, shark, and dragon horse, and encounters kings, hermits, yogis, magic wands and spirits.

I haven't seen it myself, but for those trying to familiarize themselves with the main story, it may be helpful to understand the traditional epic. Please resist the urge to give it the subtitle: "Hooking Up."

The king did not realize Prince Aphai Mani had learned to play a magic pipe capable of putting people to sleep, or the more deadly technique of luring the soul out of the body.

Traditionally, a giant Nyakinee, Nang Phisua Samut finds Prince Aphai and takes the hottie away to her cave where she transforms into a beautiful girl who has his son, Sinsamut. When he discovers his wife's true nature, Prince Aphai Mani flees with his son. Because giant flesh-eating shapeshifter. 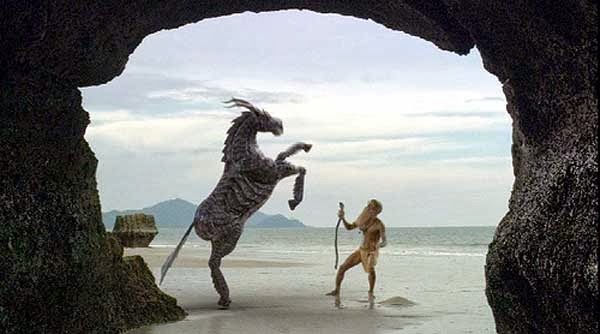 The jilted Nang Phisua Samut gives chase, of course. The prince and his son take refuge with a family of mermaids (Which seems odd. I think the translation may more properly be Nak, or Nagas) but the father and mother mermaids are caught and devoured by the Nyakinee in a horrible fashion. (Well, I suppose it's always horrible. This is a Nyakinee we're talking about.)

The daughter takes Prince Aphai and Sinsamut to Kokaew Phitsadan, the Isle of Wonders, and get help from a hermit.

Of course, Prince Aphai decides to have a son with the mermaid, and names the boy Sudsakorn. Because, mermaid, right?

Years go by and a passing ship with King Silarat of Phleuk arrives. Also aboard the ship is Princess Suwannamali, who is engaged to Prince Usaren of Lanka. Prince Aphai and Sinsamut ask to go on the ship, and that's the end for human-mermaid shacking up in this story. But like any epic, they're attacked by a giant Nyak who kills the King. Prince Aphai escapes to shore and plays his magic pipe, slaying the Nyak.

Young Sinsamut on the other hand, swims with the princess to another island. As they travel, they eventually run into Prince Aphai's brother Prince Sisuwan and his daughter, Arun Rasami. They all go in search of Prince Aphai. 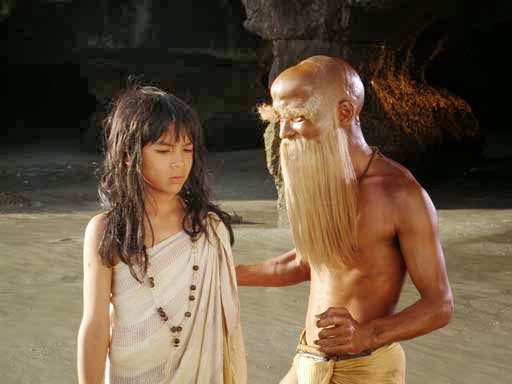 Princess Suwannamali gives birth to twin daughters named Soisuwan and Chantasuda. Prince Usaren and his father came back to attack Phleuk. The father gets killed and Prince Usaren dies heart-broken, so the throne of Lanka falls to his sister, the beauty Nang Laweng, who naturally swears revenge. She declares that as a reward, any prince who kills King Aphai and his family can marry her and gain the Kingdom of Lanka. Sweet deal.

At least nine armies are rallied to take her up on her offer. But through a series of twists and turns, King Aphai finds Nang Laweng, and woos her, but none of the armies will call off their attack until the arrival of a mystic hermit. 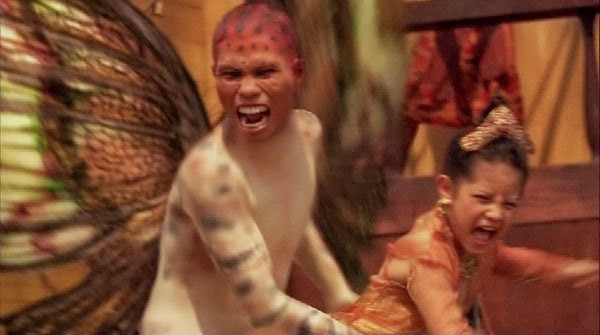 In theory, you'll see something connecting to all of this in the Legend of Sudsakorn, the mermaid's son who apparently doesn't get much mention in the traditional epic. If nothing else, expect a lot of swords to get thrown, and at least one or two WTF moments.