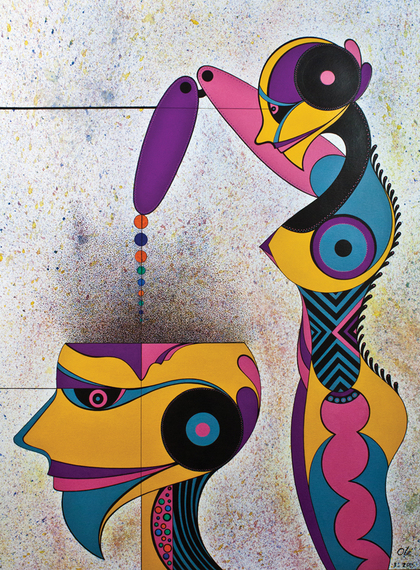 
ArtAsiaPacific's 2016 Almanac featured a report on recent happenings in Laos.

Among the highlights, the National Institute of Fine Arts (NIFA), previously the Faculty of Fine Arts, opened "a new, modern art school in Vientiane equipped to support growth of the creative industries." They also drew attention to NIFA's Lao Fine Artists’ Association (LFAA). 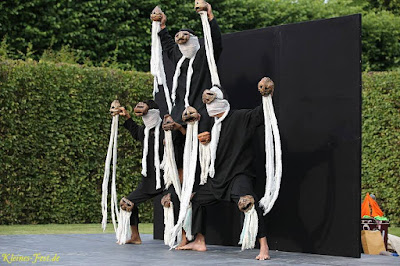 Significant highlights from the report include a one-night exhibition on June 10, 2015 marked the end of the Laos Arts Incubator, a socially inclusive multimedia and mural arts project facilitated by the US-sponsored arts program American Arts Incubator.  The event included "a performance by theater group Khao Niew Lao, using puppets made from recycled plastic, and an extensive wall mural addressing environmental issues."

I was intrigued that I:cat Gallery organized “Return: Back to the Roots” (3/13–25) with six local artists to coincide with the Vientianale International Film Festival.. Artists explored their personal interpretations of “return” inspired by the Hmong philosophical concern for the individual’s spiritual journey home. 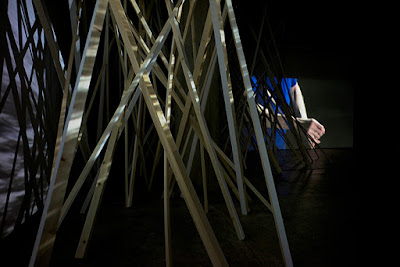 
Catzie Vilayphonh's Laos in the House exhibition in Philadelphia also drew attention from ArtAsiaPacific, particularly the work of Chantala Khommanivanh. Be sure to read the full report. 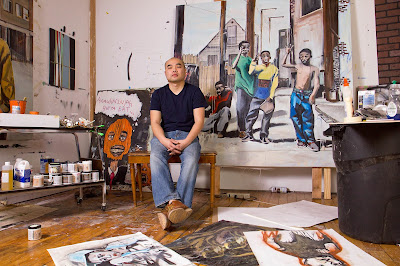