In 2012 I represented the nation of Laos as their Cultural Olympian during the London Summer Games Poetry Parnassus organized by the Southbank Centre. Among my colleagues were Khosal Khiev of Cambodia, and Kay Ryan of the United States, Nguyen Bao Chan of Vietnam,  Chiranan Pitpreecha of Thailand, among the other Olympic nations represented. This includes Laksmi Pamuntjak, who represented Indonesia. 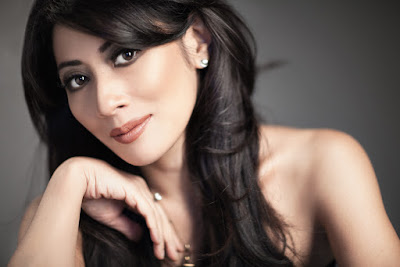 Born in 1971, she's carved a tremendous path for herself as a novelist, a poet, a food writer, and a journalist who divides her time between Berlin and Jakarta these days. She was also the co-founder of the Aksara Bookstore. From 2009-2011, she served as an appointed member of the international prize jury of the art philantrophic organisation Prince Claus Fund in Amsterdam, on behest of the Dutch Royal Family.


As you can see in the footage above, the Poetry Parnassus was an impressive and ambitious gathering that brought out the best in our poets around the world. During the Poetry Parnassus in London, Laksmi Pamuntjak's featured poem was "A Traveler's Tale," which was published in Quarterly Literary Review Singapore in 2012. I appreciated what she was doing with this particular piece, and I think it reflects quite well on her overall body of work and recurring themes. 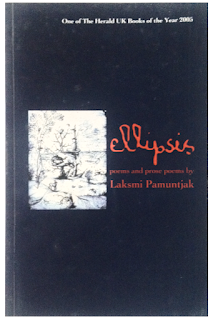 Her book that caught me attention was her debut, the 2005 Ellipsis. Her publisher described it saying "In her first book of poetry, Laksmi Pamuntjak finds a space, a private sanctuary, where language can just freely be, accountable to nothing and no one. Rather, it bids her to the space of things. To the storeroom of each memory that comes to mind—a half-forgotten phrase, the edges and elbows of a song, scraps of urban legend, a mythological creature, an immediate visual experience, a sound that reverberates through a landscape—witnesses all to the fact that we do not live in a vacuum, that we do not only consist of one side, and that there is something there that multiplies our voices into other places. It is when we hear that echo that we know there is a ‘meaning’ or a value far greater than ‘comprehension.’ And thus Laksmi speaks about love in all its guises and permutations, travel to faraway places, a mother’s prayers, food and sex, mythology and music, Sylvia Plath. 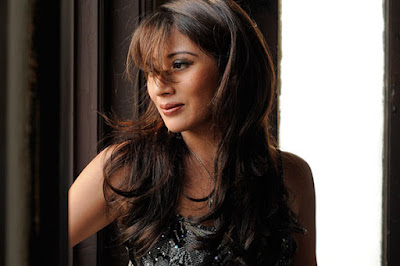 She followed it up the next year with The Anagram, which marked its 10th anniversary this year. The premise was her continued exploration of the human experience and everyday life. "Of love and loss, of grief and regret, of acceptance and rebellion, of fear of the unmapped and delight in the new, of redemption and the possibility of grace. This volume also includes eight poems on Buru Island in “From the Buru Notebook”, which focuses on a period during President Suharto’s administration (1965-1998) in which the island was turned into the site of a large penal colony where approximately 12,000 accused Communists and Communist Party sympathizers were detained for more than a decade without being formally charged or tried in court." Which was a very challenging proposition to do well, but won over the praise of many when it was released. 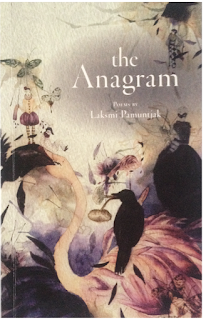 She recently released a new collection of 49 poems and 11 prose pieces this year, entitled There Are Tears In Things, although I have not yet had a chance to read through it. The work is collected from 2001 to 2016, or a space of fifteen years. It will be interesting to see how her style shifted and changed during this time. She also released a revised US version of her novel The Question of Red. 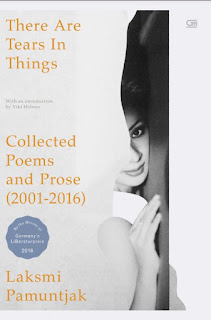 The Question of Red centers on two lovers driven apart by one of the bloodiest Communist purges in the 20th century—the massacre of up to one million accused Communists in Indonesia between 1965 and 1968. Originally known as Amba when it was published in 2012 in Indonesian, it was a national bestseller at the time. Many elements can be seen as a reinterpretation of the family epic of the Mahabharata, and the tale moves from rural Java to Europe and to the prison camps of Buru Island of the Suharto dictatorship. Here you can see a 2015 interview with her discussing her novel: 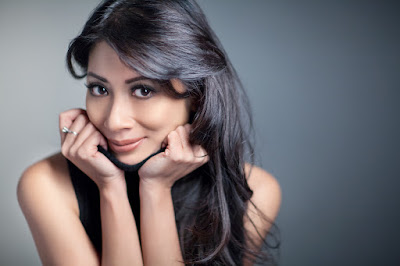 I think there are many things to look at here that we might consider as poets. What we use for inspiration, the questions we ask of one another. Where does mythology fit into our lives, the epics our families grew up with, and the realities of history.

As I look at her poetry, I can see why she was selected as a delegate to the Poetry Parnassus in London, and I'm intrigued to see where she will appear next. She's been invited to numerous literary festivals around the world and spoken at Yale, New York University (NYU), School of Oriental and African Studies, University of London (SOAS), and Ecole francaise d’Extreme- Orient in Paris. You can visit her website at http://laksmipamuntjak.com to learn more about the latest developments in her literary career.