So, as a heads up, World Pangolin Day will be celebrated on the third Saturday in February, or February 18th, 2017 this year.

I adore Pangolins almost as much as Dachshunds, so I'm going to be discussing them regularly this upcoming year to raise more awareness of these intriguing, endangered creatures.They used to be found in Laos, but are increasingly hard to find, if it all.

They are almost all but extinct in Asia at the moment unless serious conservation efforts are supported. Chinese officials just finished seizing tons of scales of these poor animals, but there's still more work that needs to be done to protect them. 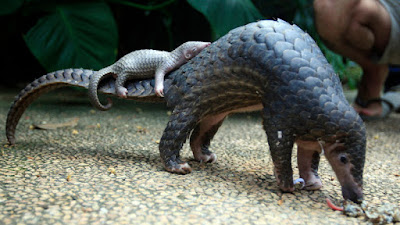