NBC Asian America did a nice profile on Thai American artist Paitoon Ratanasirintrawoot and his journey "From Thailand to Disneyland to Lucasfilm," which I hope inspires many of us from Southeast Asia as artists.

I found it worth noting where his father came around to seeing it might be a path for Paitoon: "My dad was convinced that I might have 'something' and said: 'If you ever become the best in Thailand, it's just a small country. You might as well give it a shot and go face the world." For our Lao artists, I'd be interested in hearing if any of them ever heard any support from their parents or relatives along similar lines.

It seems like a small world that he trained at Columbus College of Art and Design, which was close to Otterbein College where I was studying in the 90s, and when they note "It didn't help that the coursework was rigorous, people could be unfriendly, there were few Asian faces, and there was a language barrier," I can certainly see how many could feel that way about Ohio at that point in time.

Ratanasirintrawoot notes "I didn't really have a life; it was a test of character because I had been pretty spoiled my whole life since my four older brothers always protected me." It's nice to see that he was able to ultimately overcome his culture shock, although I wonder what systems we could have had in place to make his adjustment to US colleges easier? 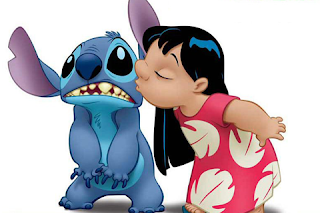 It's also cute to note that he helped to create the language for Stitch from Lilo & Stitch: "It's a combination of Thai, Japanese, and Korean mixed together."