Vientiane In 12 Haikus appears in CAPITALS

And on the last day of the year, I get to report that my poem, "Vientiane In 12 Haikus" will appear in the Captials anthology, edited by Abhay K., an effort that took him 3 years. Contributing poets include Derek Walcott, Mark Strand, Ruth Padel and George Szirtes among others.

185 capitals cities were examined in verse by the contributions of 173 poets from all continents. You can see the complete list of contributing poets at http://www.abhayk.com/p/global-poetry-project.html. It can be considered "a Poetry Atlas for the capital cities of the World."  I'll be taking a look at more of the poets involved throughout 2017. 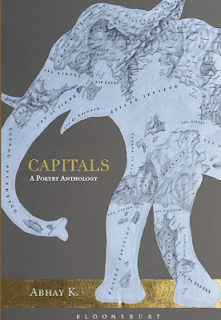 Because many of my regular readers are interested in Southeast Asia, in this anthology Hanoi is represented by Bao Chan Nguyen; Jakarta by Indah Widiastuti; Kuala Lampur is commemorated by Sharanya Manivannan; Manilais represented by Mara PL. Lanot; Phnom Penh is reflected by Chath Piersath; Singapore by Alvin Pang; and I represent Vientiane. Abhay K. personally composed a poem for Bangkok. Here you can see a preview of my contribution, but to see the rest, you'll have to get a copy. 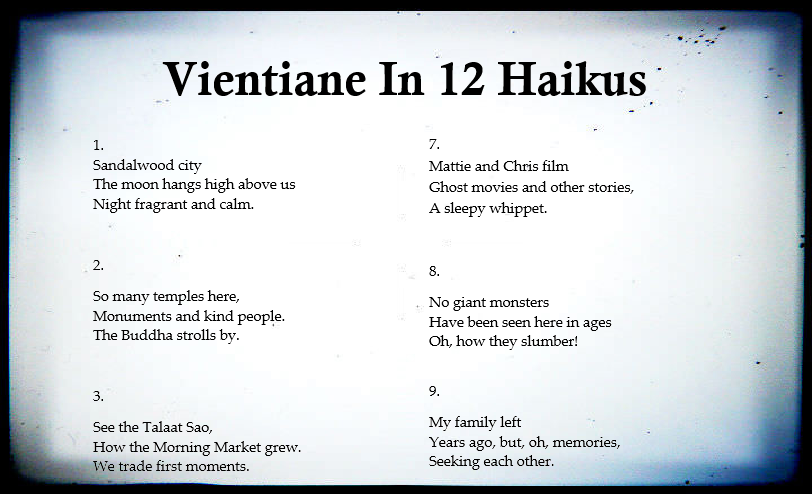 Abhay K. is an Indian poet-diplomat and the author of two memoirs and five collections of poems. He received the SAARC Literary Award 2013 and was nominated for the Pushcart Prize in 2013. Abhay K. also translated my poem The Grass into Hindi. I look forward to his continued success and vision, and hope that the wonderful poets who've contributed to this collection are able to keep in touch with one another and join in many other fine projects in the future. 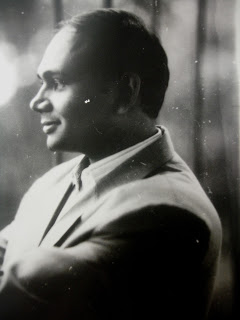 His poems have appeared in over two dozen literary journals including Poetry Salzburg Review, Asia Literary Review, The Stony Thursday Book 2015, The Missing Slate, Eastlit, Gargoyle, The Caravan, Indian Literature among others and have been translated into Irish, Russian, Italian, Spanish, Slovenian, Portuguese, Mandarin and Nepali.

His most recent collection of poems is The Seduction of Delhi (Bloomsbury). His Earth Anthem has been translated into twenty-eight languages.

The publishers describe it saying:


A lyrical extravaganza, evocative of personal experiences and unique insights, Capitals embodies a medley of harmonious notes struck across the globe, resulting in the confluence of poignant imagery and soulful verse. A remarkable anthology to acquaint you intimately with the Capital cities of the world, it describes in exquisite detail their undulating terrains and pulsating lifelines and their cities beckon even the most seasoned traveler with promises of discovery.

Embark on a journey like never before, as Kwame Dawes in his poem Green Boy takes you to a night in Accra when the crescendo of drums finally overcomes the gunshots, or accompany Mark Mcwatt as he drifts down memory lane in the suburbs of Georgetown and feel the raw emotion as Salah Al Hamdani laments of what has become of Baghdad. From Abuja to Zagreb, Seoul to Sucre, Ottawa to Wellington and Reykjavik to Cape Town, leave behind the trepidations of the unknown and the comforts of home, discard the frivolities of journeying to the physical façade of a beloved city—and set out to experience the world anew, for what this book offers you is a journey for the soul.

Capitals will be launched in New York on 5th January at the Poets House. Additional launches internationally will be held at the Jaipur Literature Festival in India on 21st January; in Delhi at the India International Centre on 27th January, in London on 1st February at SOAS, Brunei Gallery, University of London; at the International Poetry Festival, Granada, Nicaragua between 12-17 February 2017; and in Brasilia, Brazil in February, with further launches being announced in the future.

You can get your copy here.