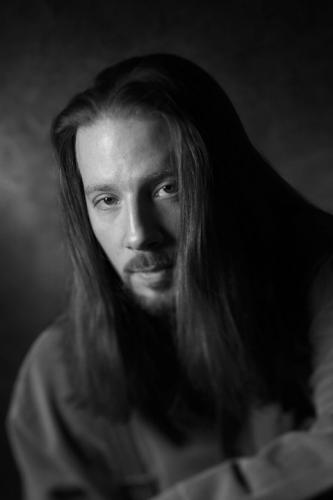 Happy birthday to Bryan D. Dietrich, past SFPA President, educator, and award-winning member of the organization. He was in fact my direct predecessor as an officer of the Science Fiction Poetry Association, and one of those whose example influenced my decision to run for the position. By odd coincidence, our birthdays are just 48 hours apart. I first became familiar with his work through his 2012 collection, The Monstrance which was nominated for an Elgin Award for Book of the Year. 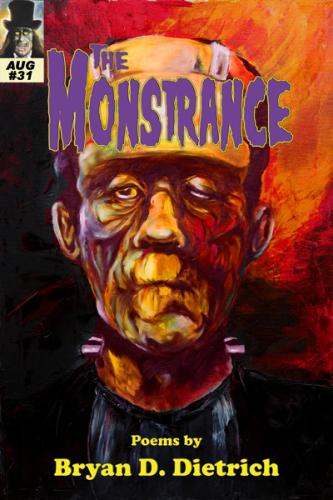 Bryan D. Dietrich is the author of a book-length study on comics, Wonder Woman Unbound, and six books of poems: Krypton Nights, Universal Monsters, Prime Directive, Love Craft, The Assumption, and the previously mentioned The Monstrance. He is also co-editor of Drawn to Marvel, the world’s first anthology of superhero poetry.

I might recommend taking a look at his "On Reasons For Going To Hell," "On Darwin, On Wholes," or his ambitious short cycle, "The Master Diaries," each found in The Monstrance to get a sense of what I particularly appreciate in his work. 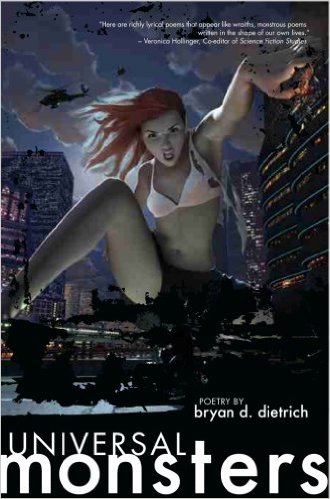 Having won The Paris Review Poetry Prize, a “Discovery”/The Nation Award, a Writers at Work Fellowship, the Isotope Editors’ Prize, an Asimov's Reader's Choice Award, a Rhysling Award, and the Eve of St. Agnes Prize, Bryan is a five-time finalist for the Yale Younger Poets Series and has been nominated multiple times for both the Pushcart and the Pulitzer.

Bryan lives in Wichita, Kansas with his family, where he deftly dodges interviews while composing his latest terrifying manuscript. 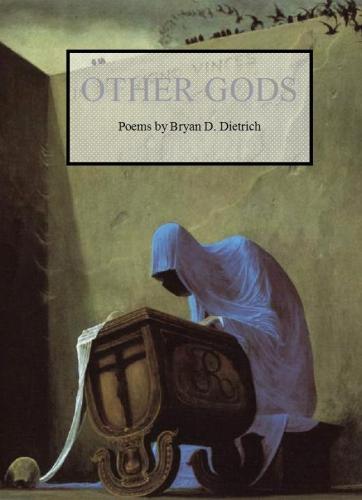 Professor of English at Newman University, Bryan grew up watching classic horror movies and dreaming of becoming a comic book artist. He remains conflicted about choosing a tenure-track job over a chance to be an extra in Tim Burton’s Mars Attacks, but is comforted by several facts: the first person to be abducted in Aliens is named Dietrich, the composer for the original Mummy was named Dietrich, and the Kecksburg UFO incident occurred in December of 1965, just before Bryan was born. Further inferences are welcome. Be sure to check out more of his work at: http://www.bryandietrich.com, (un)naturally enough.