Images of Welcome in Laos: US Edition

Something for a study in the way we construct our political imagery. I'm going to present these without comment and let you form your own opinions about what the messages might be and how, why particular shots were composed and released to the wider world a large.

50 years ago in 1966, Vice President Hubert Humphrey from Minnesota made a visit to Laos in February. In 2016, President Obama made a historic first visit to Laos 62 years after Laos was recognized as an independent nation by the United Nations. You can also see the way the media took pictures of then-Secretary of State Hillary Clinton during her first visit in 2012. 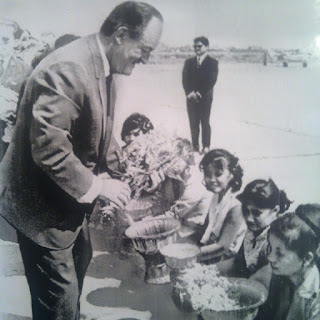 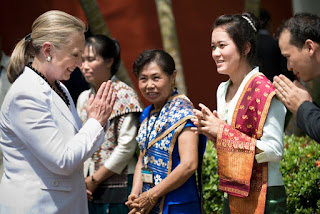