10 years ago, I interviewed emerging actress Mizuo Peck for Minnesota-based Asian American Press. The interview appeared in March, 15th, 2007. This particular interview was thought lost for many years during a major server change for the paper that started pretty much from scratch. I'm currently in the process of recovering the interviews and articles that I can, including this one. She's gone in some great directions since, and was even able to reprise her role in later sequels to the Night At The Museum franchise.

New York-based Mizuo Peck recently shot into the spotlight with her role as Sacagawea in Ben Stiller’s comedy Night At The Museum, with Robin Williams, a monkey, and Dick Van Dyke. Many felt the half-Japanese actress stole the show in this holiday blockbuster. Previously, she appeared in New York stage productions, television commercials, and music videos, but is getting ready to take on even bigger projects. Asian American Press had a chance to catch up with her: 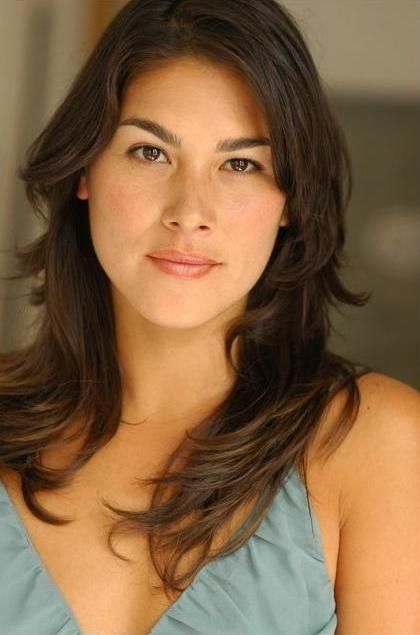 Asian American Press: How long have you known you wanted to be an actress?

Mizuo Peck: I’ve wanted to be an actress since I was eleven years old. I was at TADA!, the professional Children’s Theater Company, singing and dancing till the age of 14.

Then I went on to study drama at Laguardia high school of the performing arts. I started dabbling in commercial work and modeling around 16 and became an official SAG member on my 18th birthday! I remember how excited I was to sign my own name.

Then it was off to SUNY Purchase to round out my education and get a BFA in theatre. I feel proud that I've always been so goal oriented and focused.

And yet, I also wish I had explored other things like sports, music, graphic arts, the Peace Corps, etc. Well I suppose I can start now... It's better late than never!

AAP: You really added a lot to Night At The Museum, even though you didn't get to say much. What were some of the interesting things you learned this time around?

MP: I learned so much from this film. Mostly about how important it is to be prepared and professional. I was working with so many great actors that I would’ve never wanted to be the one who dropped the ball. I really enjoyed doing all the research and preparation to play Sacagawea. She was an amazing woman in history. 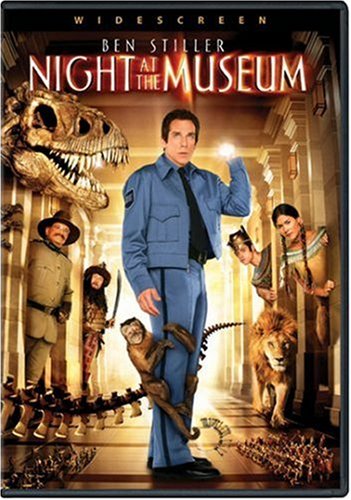 AAP: Do you have any immediate projects you're going to be working on this year?

MP: I don't have any specific projects just yet. I do have some options and some scripts that have come to me but I haven't made any decisions. Perhaps I'm waiting for something better? I am in LA right now trying to book a pilot!

AAP: What are some your favorite movies?

MP: My all time favorite movie is Luc Besson's "La Femme Nikita". Whatta role! I love movies from the seventies like "Badlands" and "Clockwork Orange". I'm also a big fan of everything Tim Burton does.

AAP: What do you think audiences would be surprised to know about you?

MP: I think they'd be surprised and glad to know that I am a regular girl just like them. Well maybe a bit kookier but definitely not like those perfect shiny stars they read about in magazines.

I try to stay healthy and active but I'm terrible at going to the gym. I like African dance classes! I drink coffee and eat cookies. I don't have a closet full of designer clothes and I love to visit my dad in Upstate New York so I can wear sweatpants and chop wood. 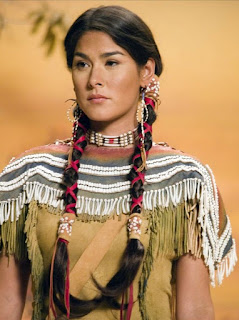 AAP: Do you have any advice for people thinking of getting into acting?

MP: Don't do it! No, I don't mean that. Do theater and make movies because you love to and not because you wanna get rich and/or famous.

It's such a hard life of inconsistency that it's really not for everyone. And yet, on a personal positive note, with luck and perseverance dreams really can come true!

AAP: Has your family been supportive of your acting?

MP: My family is extremely supportive and psyched about my budding career. My dad lives in a small town upstate and has plastered my picture all over it. His gushing can get embarrassing at times but I know he's just so proud.

Everyone from the mailman to the guy who works at Radio Shack knows about my role in Night at the Museum. 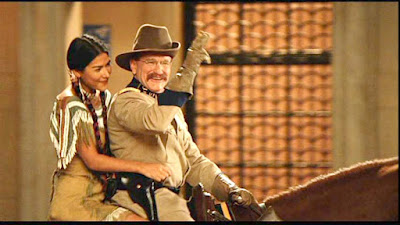 AAP: Will there be any fun extras with you in the Night At The Museum DVD?

MP: I hope there are! It would be great if they showed all of the different takes Robin Wiliams explored during our scenes together. He had me cracking up with all his off the cuff adventures in Africa stories and sexy hot wax jokes as I was melting his body back together.

AAP: What's the best thing someone's told you about your acting?

MP: I think the best compliment has been that I was strong and grounded in my role. For Night at the Museum, many people have said that I was graceful and gave the character depth.

AAP: Are there any words of wisdom someone's told you about acting that's sticking in your head these days?

You can visit Mizuo Peck online at www.mizuopeck.com 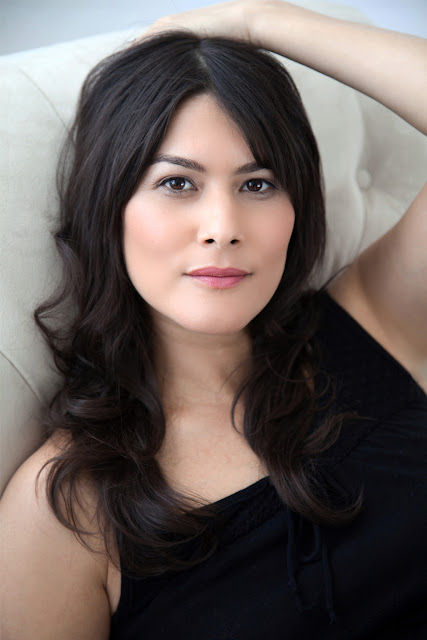