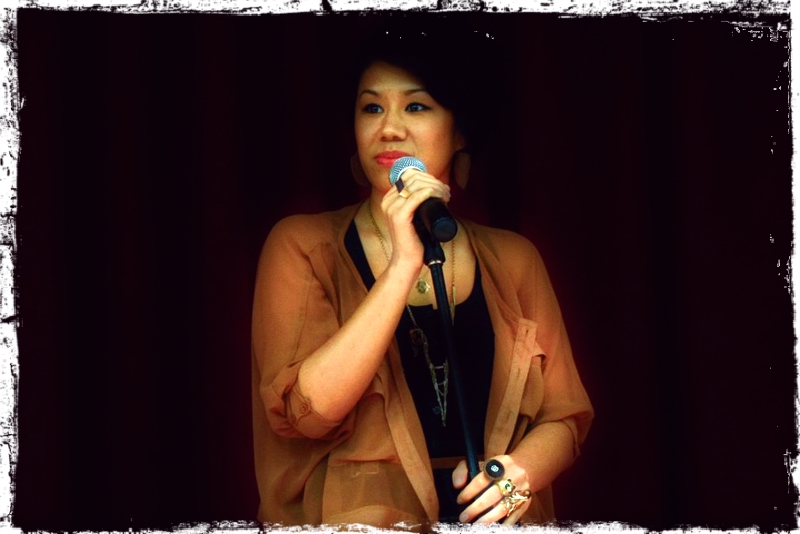 This week, Lao American writer Catzie Vilayphonh, one of the founders of the spoken word group Yellow Rage was selected as Angry Reader of the Week over at Angry Asian Man! Be sure to check out her interview!

As an award-winning spoken word poet and writer, she was one of the first Asian American females to appear on HBO’s Def Poetry Jam as part of Yellow Rage. In 2013 she received the Knight Foundation Arts Challenge Award to start “Laos In The House” a project which aims to promote story-telling in the Lao American community through the mediums of art.  She has been an Artist in Residence with the Mural Arts of Philadelphia’s Southeast by Southeast Program. Throughout her artistic career Catzie has become a Pennsylvania Council on the Arts Award recipient, a 2012 Creative Capital finalist and a 4-time Leeway Foundation honoree. She is a co-founding chair of the Lao American Writer Summit and an active volunteer with the Lao Family Community Organization of Philadelphia. Keep an eye out for her upcoming book from Sahtu Press later this year!

Be sure to check out the other Angry Asian Readers of the Week from the past, too. There are some really great perspectives among them.