In one of the more interesting international relationships developing, it appears the African nation of Liberia is building ties to Laos in order to address rice production to meet the needs of its population, according to an article by the Liberian Observer. 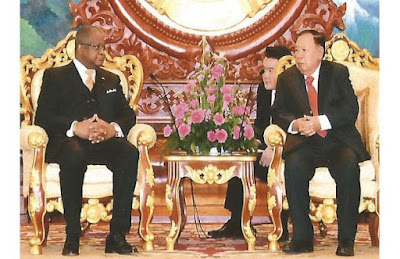 While today the relationship seems centered on agricultural issues, I would hope to see an expansion of interaction in the future that builds further cultural to one another. For those of you who are curious, this is what life would be like for each of them if they switched places today, courtesy of My Life Elsewhere using data from the 2014 World Factbook.

This year marks the 170th anniversary of Liberian independence, although the US did not initially recognize their independence until the time of the Civil War.  The first and oldest modern African republic, Liberia holds the historical distinction of being the only African republic to have self-proclaimed independence without revolting from another nation, and maintained independence during the European colonial era.

This is not to say they haven't had challenges, including a relatively recent civil war and controversies of blood diamonds, illegal timber exports, and significant charges of corruption among government officials.

It's a history worth studying, particularly they way they've implemented truth and reconciliation committees in the 2000s to address their past and rebuild their country.

According to the Liberian Observer, Ambassador Thomas of Liberia remarked "We understand that Lao PDR is self-sufficient in rice production, and is now exporting to China and other countries.”

In the article, he also stated “Liberia’s staple diet is also rice, which the government would welcome a rapid acceleration of efforts to establish a bilateral cooperation mechanism between the two countries, which would help Liberia move from being an importer to that of becoming self-sufficient and an exporter of rice in the West Africa region in partnership with Lao PDR,”

Time will tell what else is possible for the two nations if they can find significant common ground with one another. 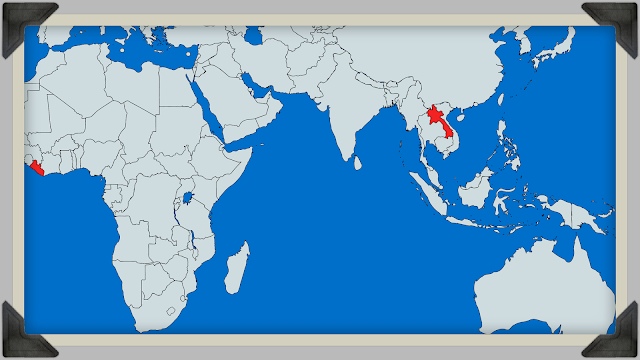