The Norton Simon Museum is one of the interesting art museums in Southern California that I've come to appreciate. They have a remarkable private art collection, starting from a thirty-year period when industrialist Norton Simon (1907–1993) amassed a collection of European art from the Renaissance to the 20th century as well as works from South and Southeast Asia representing over 2,000 years of history. Some 12,000 objects in total are a part of the collection, with 1,000 of them on active display.

Here are a few of my favorite pieces from their permanent collection. 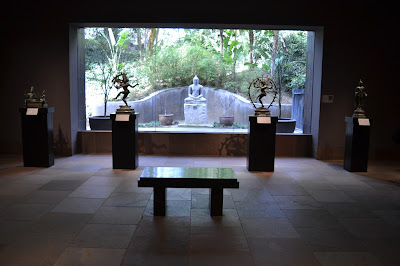 The Buddha and Shiva at the Norton Simon Gallery make for a great juxtaposition when one considers the fundamental differences and interrelationships of their symbolism. There's a particular Indiana Jones vibe as you make your way through the lower level's South and Southeast Asian collection, which also includes this elaborate wooden temple wall from the Kerala region of India depicting the life of Krishna, from the 1700s: The colors are still vibrant and wonderfully evocative, certain to spark the imagination. 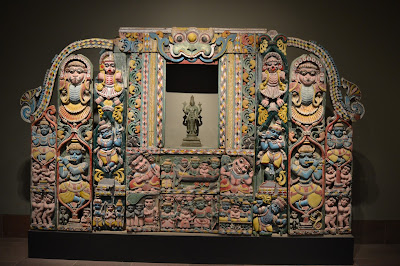 Alberto Giacometti is one of my favorite sculptors for his unflinching, almost harsh pieces that seem to suggest the world crushing people into nothingness. But I like another more optimistic interpretation I came across once that proposed for all of the crushing void the cosmos embodies, there's something still pushing outward, pushing back, in resistance, pushing itself into being. 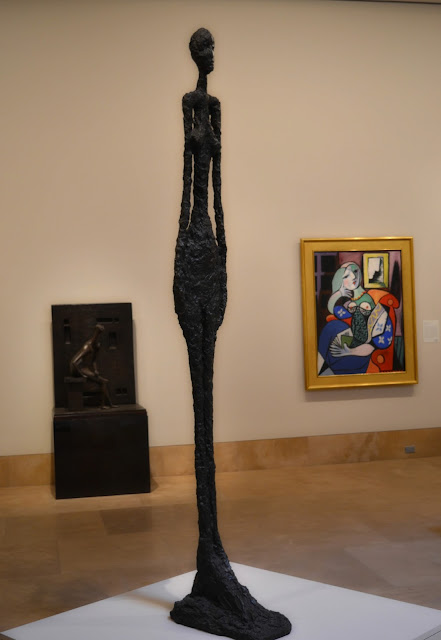 Back in the 90s, I briefly had a fiancee who thought she looked like a shorter Jeanne Hébuterne, who served as the muse to Amedeo Modigliani. Hébuterne had a tragic life, eventually throwing herself out a window. Didn't end up with the girl, but I always notice a Modigliani when I see one, So, for that I'm grateful. 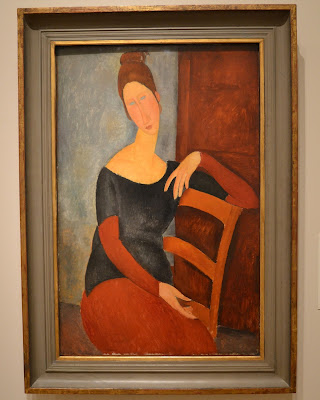 Juan Gris always has my admiration for his for his "Still Life With A Poem" a cubist painting from 1915. Over 100 years later, as a poet, I can say that the experience has indeed changed very little, at a certain fundamental level. The text of the abstract prome poem at the bottom is by the poet Pierre Reverdy, for whom Gris did a series of watercolor illustrations in his lifetime. And I think there's much to be said when visual artists and poets collaborate together and work in concert to challenge our expressive limits. 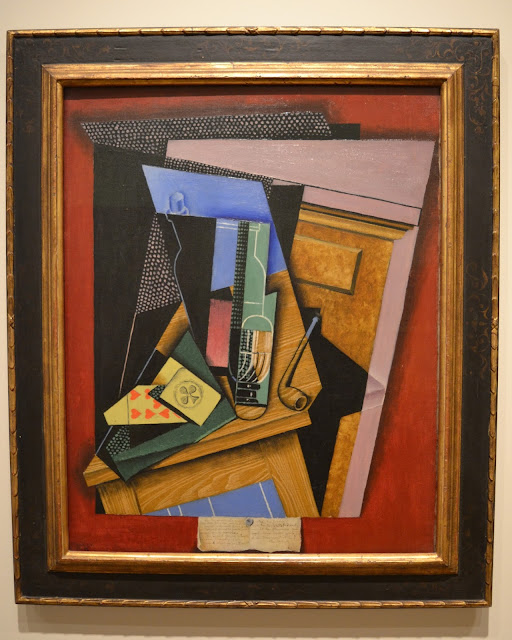 They have a wonderfully detailed Indian chess set that you won't want to miss, depicting various soldiers, war elephants and steeds ever ready to settle some imagined conflict between two players who come together in some fine space. 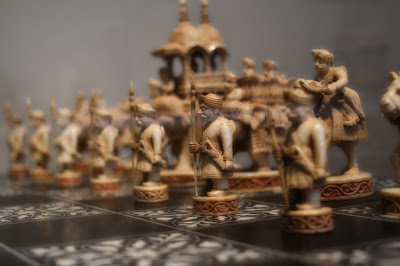 This piece always makes me wonder how a Lao artist might have executed it, like Thep Thavonsouk. Hassel Smith (American, 1915-2007) painted "Tiptoe Down to Art," in 1950, while Smith was teaching at the California School of Fine Arts (now the San Francisco Art Institute). 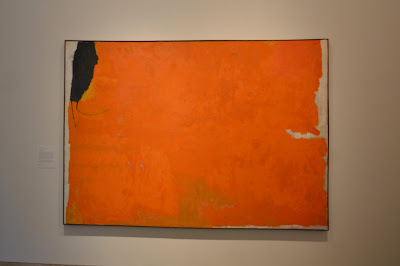 According to the Norton Simon Museum, "Tiptoe Down to Art" refers to when he heard a teacher instruct her students to tiptoe downstairs to the school’s art room. While at the CSFA, Smith taught alongside such notable artists as Clyfford Still, Ansel Adams and Richard Diebenkorn. Along with visiting faculty Mark Rothko and Ad Reinhardt, the Michigan-born Smith was stimulated into exploring more abstract imagery, while often approaching his work with a great sense of humor. "I wish to feel free to appreciate life without relating to it, either its beauties or its ugliness, in any necessary way to my painting. My paintings are intended to be additions to rather than reflections of or upon life."

I think this would resonate with many of our Lao artists around the world.