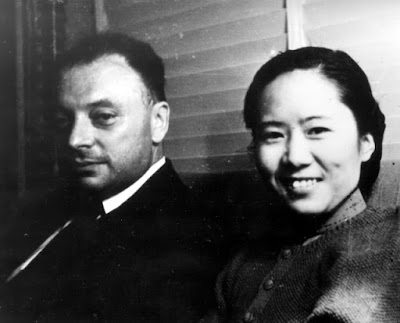 Recently, while researching Wolfgang Pauli, I came across a casual picture of him with an Asian woman, which had my curiosity. A quick investigation revealed that it was in fact Chien-Shiung Wu, referred to by many as "The First Lady of Physics." True to the times, mind you, she was also called the ‘Chinese Marie Curie’, ‘Madame Wu’, and "the ‘Dragon Lady’ (given to her by her students at Columbia University for her uncompromising standards)."  Today, February 16th, marks the 20th year since her passing. 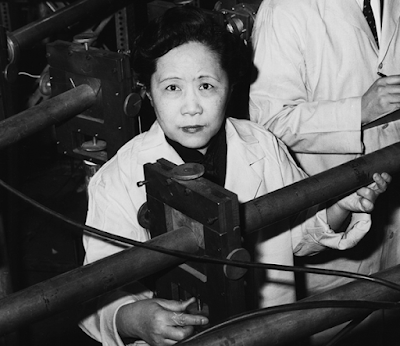 When you read the details of her life, it feels like so much more needs to be done to encourage Asian American youth and, indeed, the rest of the world, to appreciate her contributions and legacy, especially given the focus on STEM careers.  ‘I sincerely doubt, -she said – that any open-minded person really believes in the notion that women have no intellectual capacity for science and technology.’

As the Futurist notes:
"By the time Chien-Shiung Wu retired, she was one of the world’s leading experimental physicists. She was a recipient of multiple prizes and honors. She was the first woman to receive an honorary doctorate from Princeton University; the first female President of the American Physical Society (elected in 1975); and the first living scientist to have an asteroid named after her. Her book ‘Beta Decay’, published in 1965, became a standard text in nuclear physics."

So here's to her memory, and a hope that many more will be inspired by her example in the future. 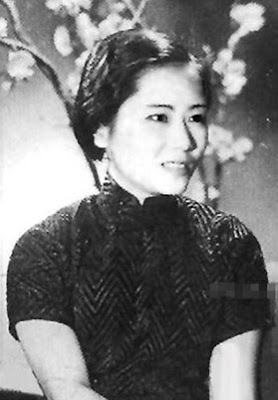