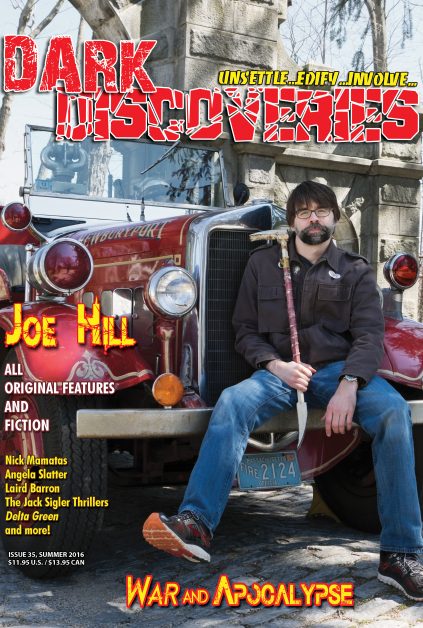 Two dark horror poems of mine are now in the latest issue of Dark Discoveries, which features the legendary Joe Hill on the cover. This time around, the theme was War and Apocalypse.

I'd sent over my poems "Chimarine" and "A Distant Sound of War" to that end, working from a Lao American futurist perspective, which seemed only natural, given all of the work I've been doing regarding the Laopocalypse and Futurewar from a non-Western perspective.

Additionally, all new fiction is in this issue from Ann Christy, Nick Mamatas, Kane Gilmour, A. Scott Glancy, Angela Slatter and Gary Raisor.

And finally, rounding off the issue are columns from Mike Davis, Laird Barron, Robert Morrish, Donald Tyson and Richard Dansky.

Be sure to check it out! You can get softcover, digital or even hardcover versions of the issue. :)