Eye to the Telescope 21 now online

The newest issue of Eye to the Telescope is up, edited by SFPA Grandmaster Marge Simon on the "Male Perspective" through the lens of speculative poetry.

Poems and poets in this issue are:

The call for the next issue, "Ghosts" is also now available.

Guest Editor Shannon Connor Winward notes: For this issue of Eye to the Telescope, I am looking for more than thumps in the attic and pretty dead girls on a moonlit road. I want the unexpected, the unmeasured—I want poems that belie the limits of life and afterlife and what we think a ghost story should be. Give me phantoms and poltergeists, yes, bean-sidhe and È Guǐ, pathos or parody, space ship specters or transmigrating alien souls—I want any and all of it, as long the poem has meat on its bones. No restrictions on genre or form, though graphic violence or gore will be a hard sell. More than anything, I want to be moved. 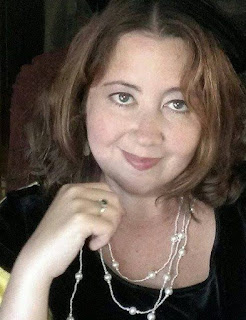 Shannon Connor Winward is an American editor and author of literary and speculative writing. Her stories have been published or are forthcoming in Psuedopod: Artemis Rising, Gargoyle, Stupefying Stories, Spinetingler Magazine, Scigentasy, Flash Fiction Online, Plasma Frequency Magazine, PANK, and The Vestal Review, as well as in genre anthologies on both sides of the Atlantic.

Her poetry was nominated for a Rhysling award, and appears widely in such venues as Analog, The Pedestal Magazine, Strange Horizons, Fairy Tale Magazine, Literary Mama, Hip Mama, Star*Line, Illumen, Ideomancer, and Dreamstreets. A Semi-Finalist in the Writers of the Future Contest, Shannon was also runner-up for an emerging artist fellowship in literature by the Delaware Division of the Arts in 2014 and 2015. Her debut collection, UNDOING WINTER, was nominated for a 2015 Elgin award for best speculative poetry chapbook by the Science Fiction Poetry Association. It is available from the author, Amazon.com, or Finishing Line Press. In between fiction, poetry, parenthood, and other madness, Shannon is also Madame Secretary for the Science Fiction Poetry Association, a staff writer for Pop Culture Madness, and a poetry editor for Devilfish Review.