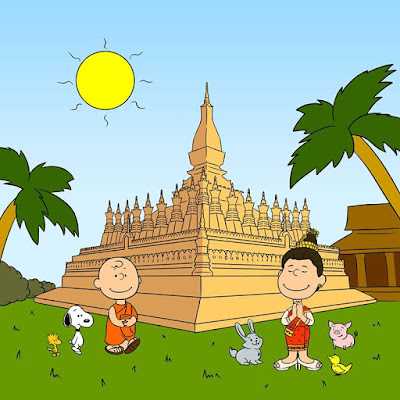 Charlie Brown in Laos? as imagined by L. Worrall


Last year marked the 65th anniversary since the very first Charlie Brown cartoon debuted, sparking a legacy that could scarcely have been imagined by his creator, Charles M. Schulz, as he started. By the time he passed away in 2000 in Santa Rosa, California, he created almost 18,000 strips and saw his characters appear in countless movies, books, greeting cards, games, toys, and artwork around the world. At least one scholar suggests he currently holds the distinction of the longest story told by one human being.

Charles M. Schulz broke ground by treating the children of Peanuts as emerging, complex people, grappling with issues of morality, interpersonal relationships, history and the often confusing world around them. This paved the way for later American comic strips and cartoon characters like Garfield, Calvin & Hobbes, South Park, Bloom County and Boondocks, among others. By the end of the 20th century, almost all of the newspaper comics were inspired by, or responding to Peanuts. 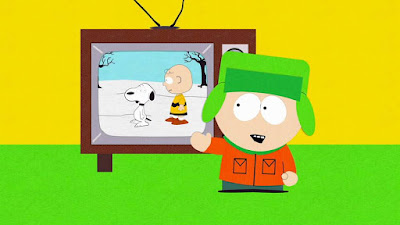 As I look back on my life, I often feel like Charlie Brown followed me around for most of it. One of the very first books I chose for myself as a young boy was a church book sale’s used copy of the Peanuts Treasury from 1969. Over 40 years later, I still have my copy, albeit a little worn from years of re-reading. That so much of his material still holds up is a testament to Charles Schulz’s writing.

When I moved to Minnesota in the late 90s, the Twin Cities were just starting to celebrate the legacy of Charles M. Schulz in earnest. I found myself often stopping in O’Gara’s on Snelling Avenue where he used to live as a child. For a time, the Mall of America had an entire theme park in the center dedicated to the Peanuts gang, complete with a ride on the Kite-eating Tree.

St. Paul also began unveiling giant statues of many of the most beloved Peanuts characters including Snoopy, Charlie Brown, and Lucy. Even now, as I pass through the Lindbergh Terminal of the Minneapolis/St. Paul airport, I always smile to see Snoopy and Woodstock decked out in their classic aviator gear. 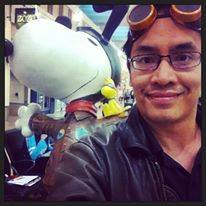 This last year has seen many months spent out in the Bay Area and Northern California, especially Santa Rosa, which is home to the Charles M. Schulz museum. Passing by so often, I’ve been reflecting on what lessons Lao artists might take from Peanuts. How do we create art that resonates in our culture, yet also are works the remainder of the world can relate to?

Could Charles M. Schulz have emerged from Laos? What would have been the barriers, how might he have expressed himself differently? Where might his stories have found a home next to the jataka tales, or next to beloved characters such as Sinxay or Xieng Mieng? How might we read Charlie Brown’s classic expression of exasperation, “Good Grief!" 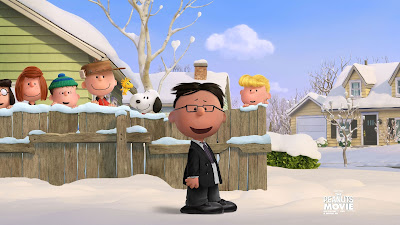 Because of the widespread commercial nature of Peanuts in the present, some overlook the skill and the intriguing ideas Schulz consistently presented to readers in his daily strip. Charles M. Schulz had very moral positions, values that were clear throughout his strip, but he was never preachy about it.

Charlie Brown has been a figure who faces betrayals, let-downs, bouts of depression and an almost crippling lack of self-confidence, and he never quite fully overcomes them in his childhood, but you see that he gets by. Perhaps, as we make our own way through the world today, that’s the important message. That it’s possible to still be part of such a community and find moments to celebrate.

In one documentary, Charles M. Schulz discussed why Charlie Brown has to suffer so much: “Charlie Brown is, I think, a little bit like everyone. We all need reassurance that some people really do like us. But I guess Charlie Brown is mostly me… When I feel low, this is when I come home and really pour it on poor old Charlie Brown. This is when he really suffers the most: when I suffer the most.”

This intrigues me as I contemplate how a Lao Buddhist cartoonist might explore their world.

If Charles Schulz had been Lao, how might the Peanuts gang more fully have discussed the Vietnam War, and especially the challenge of UXO in Laos today? At the time, newspapers were often very conservative and averse to angering too many readers, especially with a discussion of politics and controversial issues. Schulz worked within that. We can get a bit of a hint from this 1954 strip:

There will always be the “safe” Charlie Brown the world thinks is out there, but I would hope that many of us also remember there’s an aspect to Charlie Brown that was very engaged with modern concerns on conflict, struggle, and memory.

The African-American Peanuts character Franklin, for example, had a father serving in Vietnam. When he was originally introduced, Schulz had intended for Franklin to be just an everyday character, but some readers felt it was a political statement, and newspapers threatened to drop the strip over his inclusion. But over time, Franklin has been one of Charlie Brown’s best friends.

I’ve often said to my students: The purpose of the arts is to confront the chaos and uncertainty of the world with an unflinching eye, and yet not be paralyzed by it. You can see this clearly in Schulz’s work. I hope in the future we appraise Schulz’s artistic vision for its full complexity and thoughtfulness. As we create our own works, I feel we too should seek out the best lessons from the challenges Charlie Brown and many of the other great artists of the world embody.