Faith and Imagination, Deities and Expression 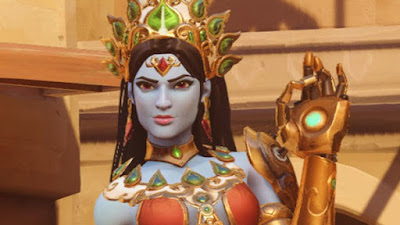 Kotaku recently featured an article, "Hindu Leader Wants Blizzard To Drop Symmetra's Devi Skin From Overwatch."  The article outlined some concerns over an optional costume for one of the characters in the Overwatch superhero video game.

Players who select the Indian character of Symmetra can appear as a re-imagined and arguably sexualized aspect of the Hindu goddess, Devi. Traditionally, Devi has many forms, including Kali, a goddess of death and demon-slaying, and the costume features elements that visually reference that form. 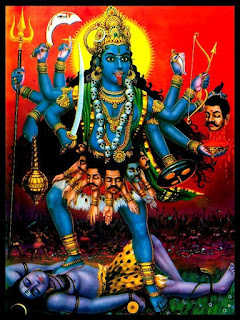 Universal Society of Hinduism's Rajan Zed has called upon Activision to remove the skin saying "that reimagining Hindu scriptures, symbols, concepts and deities for commercial or other agenda was not okay as it created confusion. Controlling and manipulating Devi with a joystick/ button/ keyboard/ mouse was denigration. Devi was meant to be worshipped in temples and home shrines and not to be reduced to just a "character" in a video game to be used in combat in the virtual battleground."

He argues that it “trivialized Hinduism’s highly revered goddesses.” 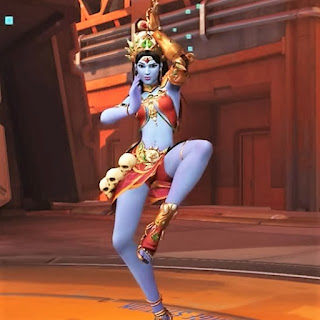 In a different article, Gadgets 360 noted that previously "Zed had taken offence to Atlus' depiction of Krishna in Japanese role-playing game Shin Megami Tensei IV Final. In 2012 he wanted three characters removed from multiplayer online battle arena (moba) game Smite - Agni, Kali, and Vamana. The game now features seven playable characters from Hinduism. And in 2009 he called on Sony to remove Hanuman: Boy Warrior for the PS2, from the shelves as well."

Much of the matter is not surprisingly being dismissed by other Hindus and the mainstream gaming community. But I'm willing to say that it presents a question of cultural privilege in gaming development. Would we respond as casually if it had been Jesus or one of the apostles, or an Old Testament heroine treated in this way? Or perhaps a figure from American history presented like "Sexy Betsy Ross." 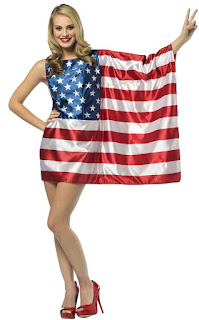 Joseph Campbell once famously noted that "One man's mythology is another man's religion." I don't think it harms the world much to try to be reasonably sensitive to the faiths and beliefs of others, in the chance that perhaps they have indeed found "the Truth" as the Cosmos deems fit to reveal it to them. I don't think constantly walking on eggshells is required, however.

Life in the modern world affords us the liberty to explore ideas. We have a responsibility to push those ideas to the furthest limits of our imagination. Sometimes we'll find boundaries of good taste, and sometimes we'll have artists who persist in crossing over into the realms of bad taste, Preferably, the market and public opinion take over, in that situation.

For a working policy, I would encourage developers, artists, and others to focus on being open-minded and try our best not be a jerk about how we present characters from cultures not immediately our own.

To move into the future, there has to be a space for modern myth-making, be it in poetry, novels, video games, cinema, photography, etc. Opportunities are need for artists in every culture, every generation to explore for themselves what the power and meaning of such figures can be. Sometimes they'll find something that breaks it wide open, and sometimes not.

This case with Overwatch attracts my attention, however, because South Asian mythology informs many elements of Lao mythology, with common characters such as the Nyak (Rakshasas), Nak (Naga), Kinnaly, and the Vanon (Vanara) such as Hanuman, the white monkey warrior. 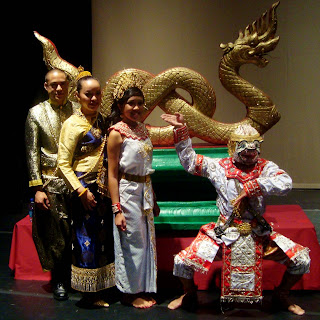 But over the centuries, our understanding of Hanuman and these other figures evolved, adapted to reflect Lao values and more Southeast Asian outlooks. For example, in Indian tradition, Hanuman is regarded for his fierce warrior skills and loyalty. In Laos he's somewhat more comical, almost a cross between Pepe Le Pew and Rambo as he finds time for romance in the middle of a massive war between demonic giants, serpent deities and humans. 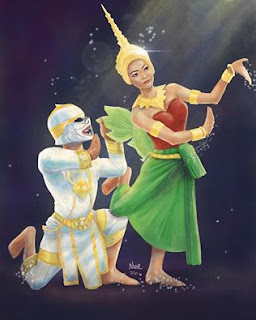 In India, he's considered a god and is worshipped. In Laos, he's revered and respected, but treated closer to a demi-god like Hercules. I've never encountered a shrine in the Lao community where people actively make offerings to him. Perhaps in centuries to come that will change, or perhaps not.

But the question we now face is an interesting one: Whose cultural view of Hanuman ought to take precedent in matters such as the one Overwatch raises. Hanuman in a video game like Street Fighter would not likely be considered offensive to a Lao person. But in India, there are some who would consider it deeply taboo.

Constructively speaking, how might we proceed where our own culture can explore Hanuman as we see fit, while also respecting the opinions of other cultures? I don't think there will be one particular answer that applies in all circumstances, but it's interesting to consider. 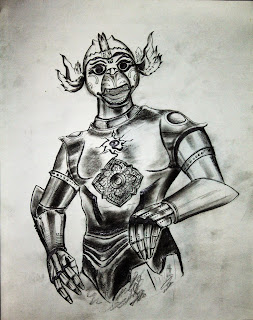