Filipino American poet Vince Gotera has an interesting post on his blog The Man with the Blue Guitar. This month, he addressed Serial Killers, Profilers, and Poetry Imitation.  Here, he's going back to a 2002 poem he wrote nearly 10 years ago with his class as an exercise in poetic imitation.

He was conducting a writing exercise to ask how one chooses subjects, and how one empathizes with the creative process of other writers. This is useful, because it allows us to build our own greater, personal understanding of the techniques and moves a poet has available.

He chose to work with Louise Glück’s poem "Siren," and emerged with "Sniper, 2002," which would later be included in his 2003 book, Ghost Wars. (And I really would say you ought to check this volume out. Vince has some great perspectives that should be read with the work of Yusef Komunyakaa, especially Komunyakaa's Dien Cai Dau and Talking Dirty to the Gods.) It's always a question, when we write poems so close to recent histories and search for the aesthetics within it.

As a Lao American poet, I haven't seen any of us yet widely respond through verse to Jeffrey Dahmer the way David Mura has, despite our community's more direct connection. The same might be said for Thung Phetakhoune and Ped Phantavong's killers.

The Lao American poet Saymoukda Vongsay has a poem regarding the murder of Kitty Genovese, in her chapbook No Regrets, but we wouldn't consider it a poem that identifies with the killer or makes an effort to find their voice in the conversation, the way "Sirens" or "Sniper, 2002" approach the possibility. 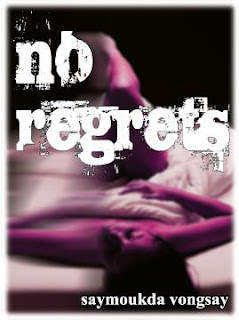 In my poem, "Dr. Songkran Niyomsane's Forensic Medicine Museum" I briefly tackled figures like the Chinese cannibal Si Ouey Sae Urng, who is regarded as the first serial killer in the history of modern Thailand, but I wouldn't say I linger too long with them, or put my readers into the perspective of serial killers on a regular basis. I come close to this technique in my short horror story, 'The True Tale of Yer,' by framing a larger discussion on multiple murderers through a mythic lens. There are advantages and disadvantages to this in hindsight.

From a poet's point of view, we often hear each other discuss lines we won't cross and many saying there's no limit, it's all fair game, but perhaps, as we look at our bodies of work, we need to re-examine the truth of that.

Not that I think many want to really engage with poems of cannibals from the cannibal's point of view every day or zombies in penguin suits.

But at the same time, Lao American poets are observing others creating poems from perspectives vastly different from their experience, but generating few examples of these themselves. Will this be a continuing trend?

Nietzsche famously warns that those who fight monsters too long eventually become monsters themselves, but by the same token, there are times we have to make efforts to understand the perspective of our enemies and those we fear. Otherwise, especially for communities in the antebellum years, truth and reconciliation becomes difficult at a personal and a national level.

This can already be seen in how Lao American and Hmong American poets have or haven't been creating work regarding UXO, Agent Orange, and other elements of the war for Laos.

Some parts are certainly still to painful to talk about. I had a brief conversation once with Yusef Komunyakaa who said it took him nearly 14 years to be able to begin writing poems about his time during the Vietnam War. We seem to be writing at a similar pace.

In Lao American poetry on the conflict, combatants and civilians in poems about the war for Laos are frequently nameless abstractions. Even in the aftermath. Often, our poems are written in such a way that we're basically talking around the glass, but not about what's IN the glass. It's the elephant in the room, if you will.

While as a literary device this can be useful, and protective, due to sensitivities that persist. But there are many instances that this remoteness, this abstracted 'other' and 'enemy' might as well be some space alien, and not another human being whose experiences were also a part of our history, and without whose perspective we have an incomplete knowledge of that moment we were both a part of.

There are elements within "You Bring Out the Laos in the House" that have strong ties to both, but then also make significant detours and divergences that are examples of what Gotera is talking about: Those moments where we find ourselves facing an all-new poem that has gone beyond the imitation of poem, but has been shown the way by its predecessors.

Admittedly, this is all just be a roundabout way of telling you: Read more poetry.