Drink of the Moment: Lao-Lao Coffee

So, last week we were celebrating international coffee day and highlighting Lao coffees such as SnakeBomb Coffee, whose profits go towards antivenom kits and UXO clearance in Laos. 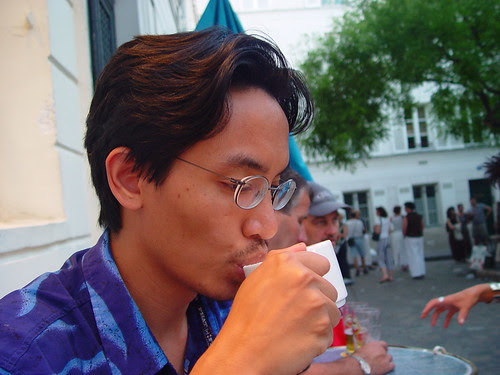 Today, we're going to examine a possible cocktail you can try, Lao-Lao Coffee, which isn't really anything more than an Irish Coffee done Southeast Asian Style. However, at the moment it's extremely uncommon to get a really good cup with top-of-the-line ingredients in it.

Let's kick it up a notch and look at what would happen if we used Lao-Lao. The Khmu drink a variation called Lao-Hai: 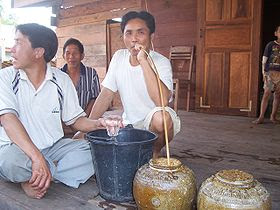 Usually drunk neat, without any flourishes, this traditional Lao rice whisky is increasingly being used in a cocktail named the Pygmy Slow Lorange (a play on the local animal, the Pygmy Slow Loris) which nearly went extinct during the war from all of the bombing, shelling, agent orange, and other hazards of war. 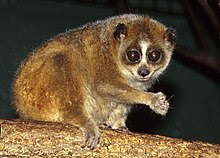 On the other hand, some pots of Lao-Lao are infused with honey or scorpions or, presumably, other 'bad-ass' critters like cobras. So this becomes a case of pick-your-poison. Seriously, try not to pick a brew using an endangered species. CITES gets pissy about that.

The original Irish Coffee is basically a variation of the Hot Toddy. The official recipe:

So, swap in:
2 parts Lao-Lao. How you get some in the US is up to you. (P.S. I told certain people who shall remain nameless to get the momentum going like the microbrewing movement so we could see a Laotoberfest by 2020, but noooooooo.)

4 parts hot Lao coffee. The good stuff, or you really miss the point. And make it well! No cheap instant powder! You'd be committing a crime against drinking that's punishable by Shasta and Zimas. Seriously.

1½ parts fresh cream. Some people will want to swap this out with whipped cream. Try not to use Cool-Whip. It's considered non-dairy for a reason. Although if you're lactose-intolerant, this can be understandable. Some might feel tempted to swap in some Baileys Irish Cream, but that would be mixing whiskys, and missing the point, at least for your first cup of Lao-Lao coffee.

1 tsp brown sugar. If you can get you hand on some fresh-squeezed sugar cane, I think that would make something more true to a Lao flavor. Some might want to swap in a splash of Kahlua.  Sugar In the Raw would be acceptable, but for a really good drink, try not to sweeten it with plain old white sugar.

Note: 2 tablespoons of condensed milk is a valid substitution for the sugar and cream that would keep this drink within the traditional Southeast Asian flavor.

There you have it. Your biggest hassle is really just getting the pieces together. And if someone's making it for you, be appreciative. This isn't something you can find everyday. Especially a good one!

And it'll kick the crap out of your plain ol' double mocha caramel machiatto. 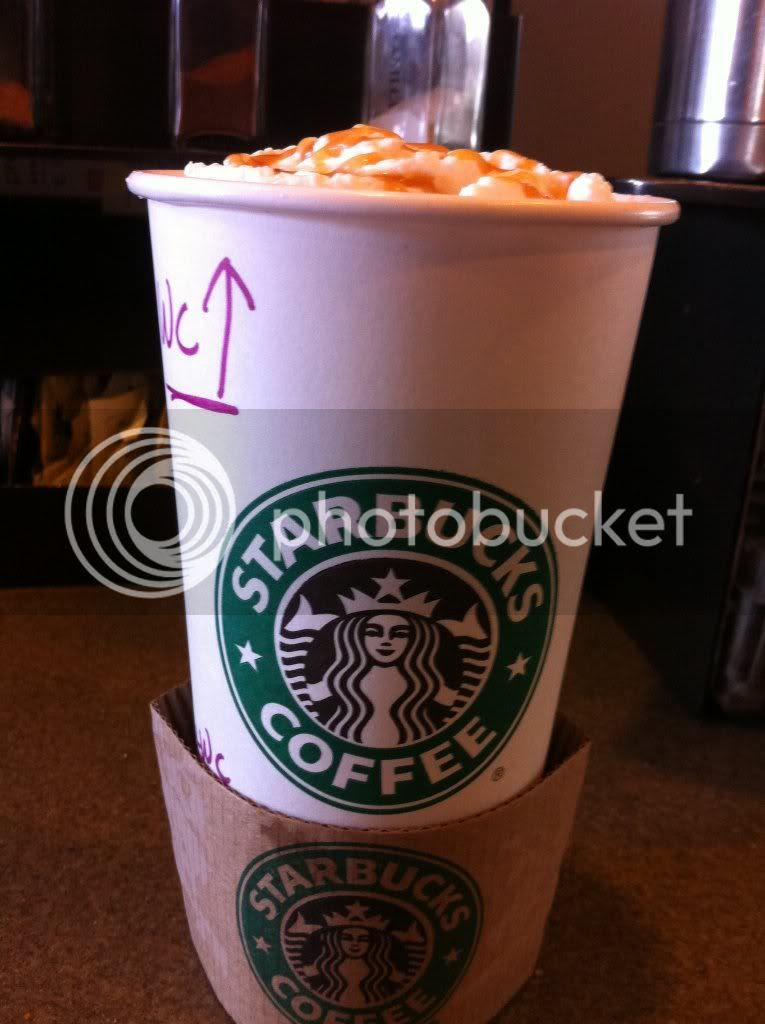