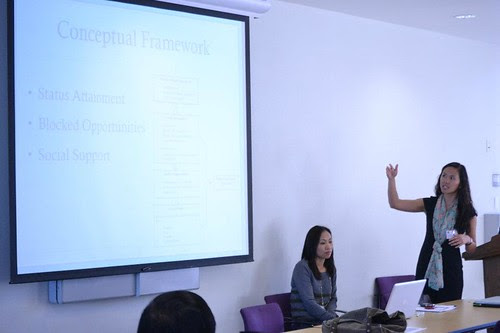 During the recent NAFEA Conference at Long Beach California, we saw a number of presentations given on issues of education and achievement in the Southeast Asian American community.  The Khmer community particularly had some great sessions presented this year.

I would say some of the sessions of the most direct interest to Lao were: Second Generation Laotian American College Students’ Aspiration: Examining Influences on Major and Career Choice, presented by Malaphone Phommasa of University of California, Santa Barbara, and Structural Factors Explaining Vietnamese American College Students’ Achievement Using Regression Analysis by Krissyvan Truong of Claremont Graduate University. 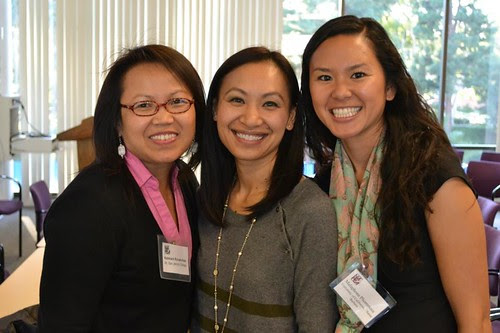 I think we'll be seeing a lot more from these Lao American scholars in the future.

Phommasa's interviews were conducted with students and parents in order to assess students' aspirations and parents' aspirations for their child. The initial focus was on the influence of parents' refugee histories, but findings from the data have shifted the focus to the various relationships in the students lives.

More importantly, Phommasa's findings show parents have a prominent influence on their children's aspirations. Their financial power and immigration history, according to Phommasa, commands a level of respect that often resulted in children struggling to choose between their own educational aspirations and fulfilling their parents' desires.

One consequence, Truong proposed, is the masking of the realities of the problems, academic performance, and success of ethnic groups like Vietnamese Americans. Her exploratory study examined structural factors that explained Vietnamese American college students' achievement using regression analysis. She used a survey consisting of 46 Likert scale questions and open-ended question with 29 Vietnamese. 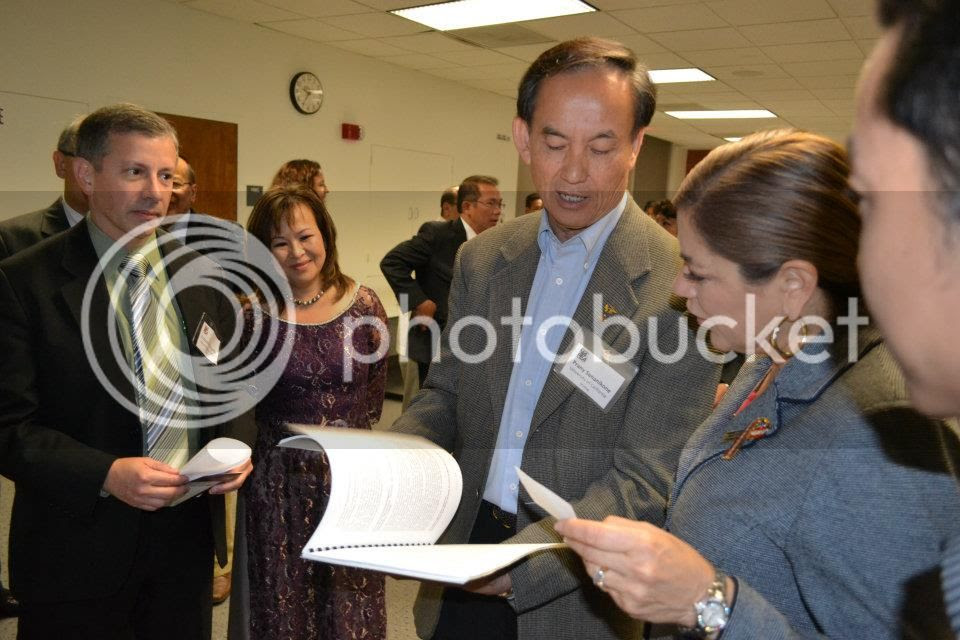 The next day opened with a welcome from Congresswoman Loretta Sanchez, as well as Dr. John Tsuchida, president of the National Association for Asian and Pacific American Education and Dr. Chhany Sak-Humphry, the president of the National Association for the Education and Advancement of Cambodian, Laotian, and Vietnamese Americans.


We also saw a gathering of Lao American professionals and community stakeholders on Saturday morning that expressed many of the current concerns and interests of our community. 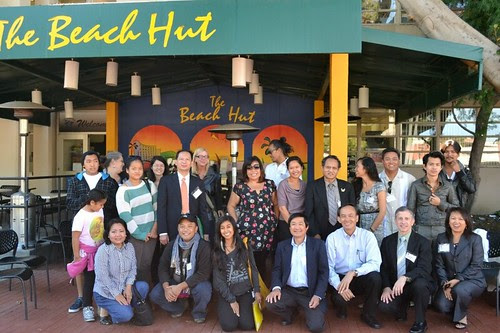 I think we could have covered many more issues than we did during this session, but we also only had two hours. Of course, one of the natural questions was: What does it mean to be Lao, what do we even call ourselves, as a community, given the many varied interests reflected in Laos and among expatriate communities.

Overall, it was a positive discussion. I had the opportunity to meet several new people including a member of the Tai Dam community from Iowa as well as more time to talk to Lao American artist Sayon Syprasoeuth, and artist Ova Saopeng from the play Refugee Nation by TeAda Productions.

Thammarath and Te proposed that "With the changing landscape of education reform, it is more important than ever for Southeat Asian American communities- regardless of whether you have children currently in the system or not- to be informed and engaged." Their workshop focused on ways to identify the appropriate targets and tactics that will help to ensure that communities have great public schools for Southeast Asian American students and every student.

Gordon noted that few studies connect trauma and its impact on second-language learning. "It bothers your mind, cannot study nothing": Trauma and Language Learning among Laotian Refugees." draws on ethnographic research with Laotian refugee women who experienced pre-settlement truama during the Vietnam War and interviews with bilingual mental health professionals in order to examine the impact of trauma on second language acquisition.

Gordon's paper also offered cross-cultural perspectives on the the impact of trauma on learning and recommendations for working with adult refugee learners who experienced trauma.

I'm grateful to all of the exceptional organizers involved with the NAFEA conference. It's not an easy thing to put together.

Ultimately, I have to ask how do we get these ideas presented to larger elements of our community in ways they can use at a family level and a community level that works for everyone.

How do we escape ivory towers of academia and make these studies and workshops usable in both our policies and our practice?