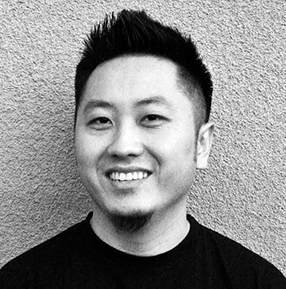 Today's Poet Spotlight is Burlee Vang, the author of the chapbook Incantation for Rebirth (Swan Scythe Press, 2010). He was recently selected by Mai Der Vang for Poem-a-Day on December 20, 2016 at the Academy of American Poets, and shared his poem "To Live in the Zombie Apocalypse," and discusses his journey in the interview Writing from the Absence: Voices of Hmong American Poets. 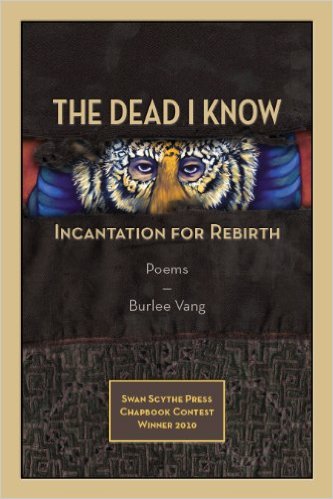 His prose and poetry have appeared in Ploughshares, North American Review, Alaska Quarterly Review, Massachusetts Review, Runes: A Review of Poetry, among other publications. His work has also been anthologized in Twentysomething Essays by Twentysomething Writers: Best New Voices of 2006 (Random House) and Highway 99: A Literary Journey Through California’s Great Central Valley (Heyday). In 2006, he was the recipient of the Paj Ntaub Voice Prize in Poetry.

I've always been impressed by his imagination and his poetic talents since I first came across his work while assisting the Paj Ntaub Voice. He has a unique gift and a love of the fantastic that made it very easy for me to feel a sense of connection with him. Over the years, I've watched him grow by leaps and tiger bounds into a great voice among Hmong poets with much to say to the world, while always taking joy in the speculative arts, unafraid to bring his culture and traditions into his work. One of my favorite poems of his remains "Muse of the Man Tiger." 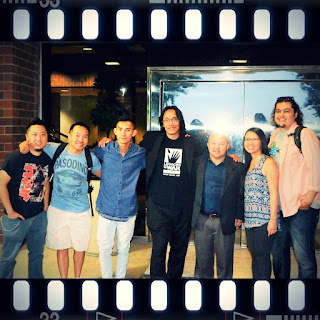 He holds an MFA in fiction from California State University – Fresno, and is the founder of the Hmong American Writers Circle. As always, its significant to understand that although the Hmong trace their roots over 4,000 years ago to pre-dynastic China, they did not have a written language until the 1950s, and the Hmong creative literature arguably did not emerge until the late 1980s in the US.

In 2011, he, along with his brother Abel, were awarded a Nicholl Fellowship in screenwriting from The Academy of Motion Picture Arts and Sciences. He lives in Los Angeles with his wife, Mary, and their two children, Belle and Jude.

His first feature length film with his brother, Bedeviled, was released in October at Screamfest LA. Be sure to catch it if you love horror!