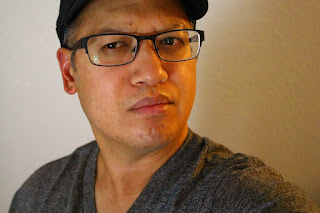 December 5th is the birthday of Vietnamese American poet Kev Minh Allen, whom I've known since 2007. It's been a joy watching his art and craft grow over the years.

Kev Minh Allen was born in the Gia Ðịnh district of Sài Gòn on December 5, 1973, adopted at 9 months and flown to the U.S. in August 1974. He grew up in a suburb of Rochester, NY; at 27, he moved to Seattle, where he is currently enjoying the view.

He has written and published poetry, book reviews, news articles and information panels for a museum exhibit. His work can be found in Tiếng Magazine, Asian American Movement Magazine, The Fighting 44s, PoetrySuperHighway, The Northwest Asian Weekly, Eye to the Telescope, The International Examiner, and HazMat.

I interviewed him in 2015 for Asian American Press to discuss the debut of his first full-length collection, My Proud Sacrifice from Goldfish Press, and the International Examiner also has a good profile on him from 2014. 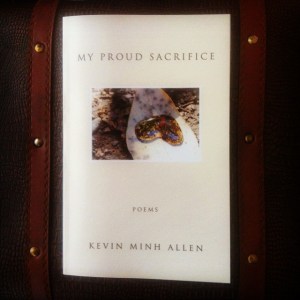 .
He and I first met face to face for the first time in 2013 during the Minnesota Transracial Film Festival in Minneapolis, and we hit it off quite well, and managed to get in some good visits to many of the famous and less well-known landmarks of the city, including the Guthrie Theater, the Walker Art Museum, Mixed Blood Theater, the Mall of America, First Avenue and Donny Dirk's Zombie Den. We also caught the MNSpec Writers Showcase as well as the ACCENT reading at Jambo Cafe. We would meet again in 2015 during the Association for Asian American Studies Conference along with Brandy Lien Worrall for the Southeast Asian American small press table. Many White Castles were involved. 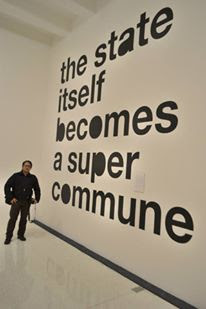 In any case, be sure to check out his work when you get the chance! He brings an unconventional perspective to the Southeast Asian diaspora, and I look forward to seeing his books find their audience in the decades ahead.