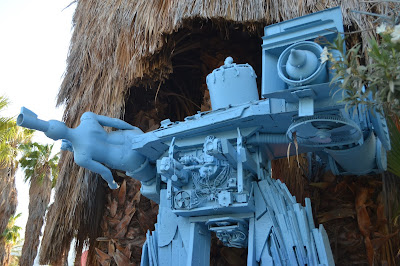 As a speculative poet, you learn to expect you're going to run into a lot of strange things out there in the world, especially out in California which more than earns its reputation in many corners, but especially Southern California.

Earlier this year while attending Comic Con Palm Springs, I had a few hours before registration and found myself face to face with the famous Robolights display created by artist Kenny Hassan Irwin. He began this project some 30 years in 1986. I can all but guarantee you will have never seen anything like this, especially during the holiday season. 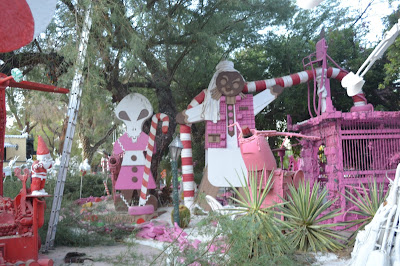 This is officially "the Largest Residential Light Display In The US" with more than seven million lights as of 2008, it is known as the most unique light show found anywhere.

It works on the question, "what happens when combine Santa Claus and Robots?" It's a trippy, subversive experience open to the public, and while I might question 'family-friendly' I certainly can't deny the enormous amount of effort that's gone into this spectacle. There are some four acres of these robots, some 230 in all by a recent estimate. 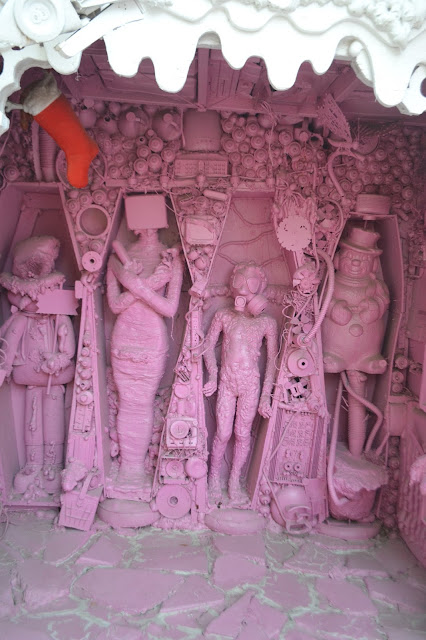 You can encounter everything from rocketsleds to aliens and other examples of assemblage art that weigh approximately a kiloton from his family's business and neighbors donating junk to him that would have otherwise ended up in a landfill. It's all easily as impressive as Tio's Tacos in Riverside. 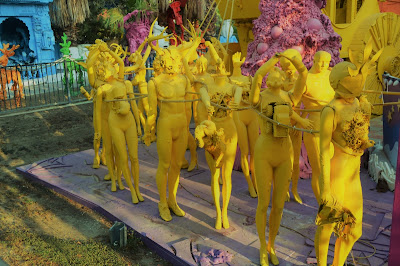 ROBOLIGHTS is open to the public from Thanksgiving 2012 to January 9th 2013 4:30-9:00PM every single day, including holidays and rainy days. You can also arrange for private tours, and if you enjoy the macabre, the humorous, the festive, then this is worth a stop. You can see more examples at my flickr album, but really, you have to walk among everything to get a full sense of this wondrous installation. You can find it at 1077 E. Granvia Valmonte, Palm Springs, CA.

I think it's a space that's tremendously conducive for a speculative poet's imagination of what we recycle, what we salvage and automate, what we reclaim and combine. Where is our future going, and what does the junk of our past say about us? 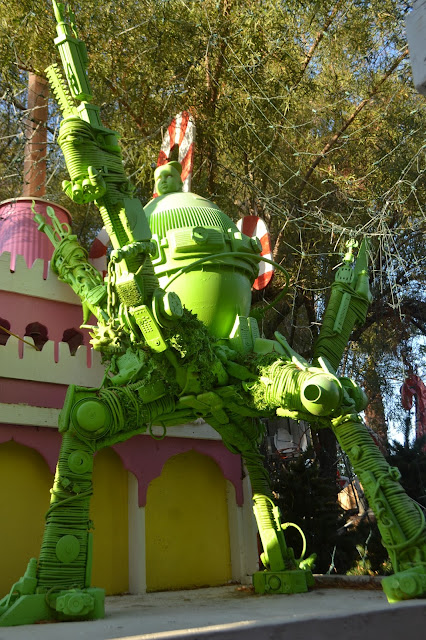 Email ThisBlogThis!Share to TwitterShare to FacebookShare to Pinterest
Labels: roadtrip