The Early Years of the Lao Revolution (1945-49): Between History, Myth and Experience

Over at Academia.edu a new paper has been uploaded of interest to many of my readers:

The Early Years of the Lao Revolution (1945-49): Between History, Myth and Experience
This paper reviews a crucial period in Lao history, the early years of the revolution between 1945 and 1949, with a special focus on the hinterland areas of southeastern Laos. Along with the professional historians' reconstituted past, two other analytically different approaches to the narration of this period are discussed: the myth-making narration as found in a recently published Lao history book, and the narrative as remembered by a war veteran who was directly involved in the events.
(South East Asia Research, 14, 3, pp. 403–430) 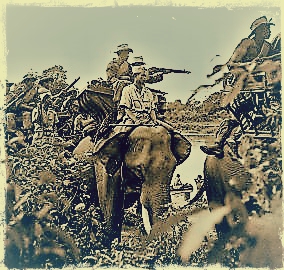 Vatthana Pholsena is associate professor in the Department of Southeast Asia Studies at the National University of Singapore and a fellow of the French National Centre for Scientific Research.

Dr. Pholsena graduated from the Institut d’Études Politiques (Institute of Political Studies) in Grenoble, France in 1997, before moving to the U.K. to pursue her Ph.D. at the Centre for Southeast Asian Studies at the University of Hull. She took up a position as Assistant Professor in the Southeast Asian Studies Programme at the National University of Singapore in 2004. She was recruited into the CNRS (French National Centre for Scientific Research) as a research fellow in 2007. In 2011, she was posted to IRASEC (Research Institute on Contemporary Southeast Asia), an institution run jointly by the CNRS and the French Ministry of Foreign Affairs, in Bangkok.