A Naga Kanya from Stone Telling!

The acclaimed poet Shweta Narayan is collaborating with Rose Lemberg to produce Stone Telling, a journal of speculative poetry I admire. I'm a backer of their Patreon, which is also just $60 away from reaching their next funding milestone, FYI. I hope some of you consider becoming a regular supporter of their efforts.

She recently sent over a sketch of the Asian mythical entity the Naga Kanya (Lao would consider her a Nakanya or Nakini) or daughter of the Dragon King, as a thank you for my support. I'm absolutely delighted by it, and I share it with all of you with a wish for good fortune this season. 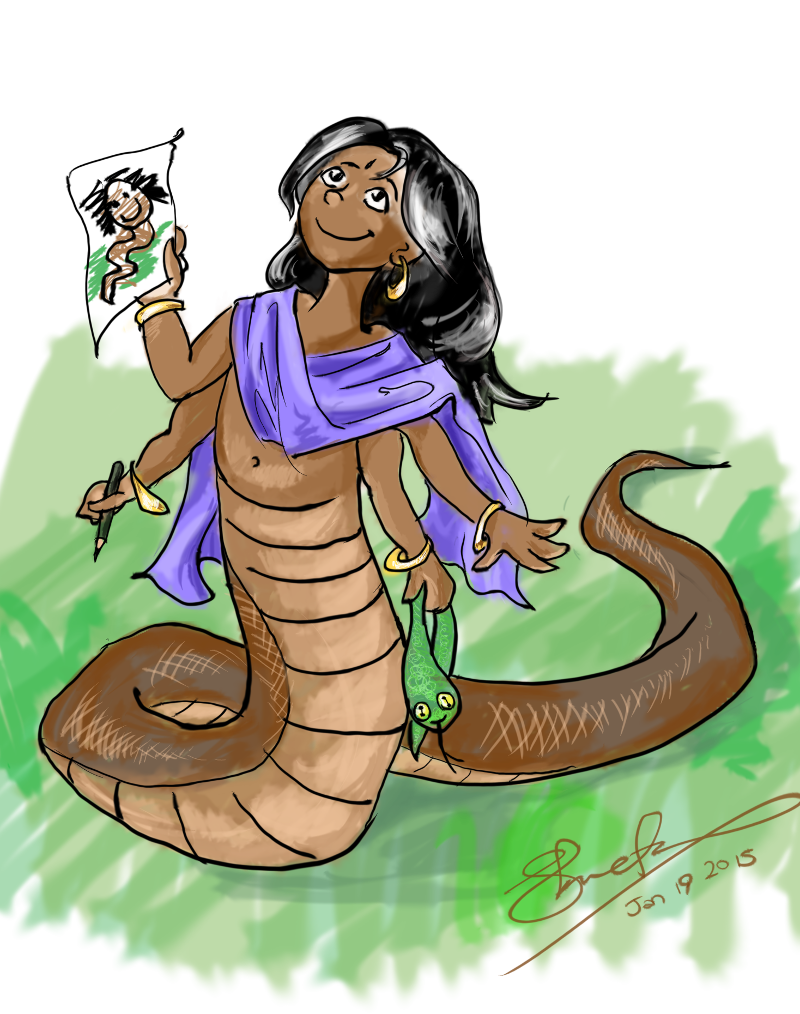 As a recap, the Naga Kanya traditionally protect Lao Buddhist temples around the world. Legends go back thousands of years to Hindu and Buddhist traditions. The Naga Kanya are typically presented as half-woman, half-cobra. They are capable of shapeshifting, magic and in Lao tradition, at least, most have connection to water or underground.

They are considered bringers of treasures, notably wisdom, symbolized by gems or diamond patterns on the back of their hood or a third-eye jewel in their forehead. Most are considered benevolent but despise those who pollute waters, caverns or sacred spots.

Be sure to check out Stone Telling, when you get a chance!