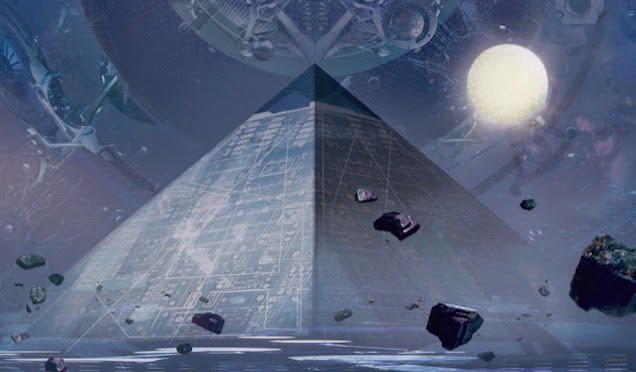 On Io9, novelist Cixin Liu, author of The Three Body Problem discussed through the history, present, and the possible future of science fiction in China. There were some issues we discussed previously here, but it also framed the context and impact of those policies in practical application.

One of the interesting take-aways was Liu's discussion regarding the reading habits and preferences of many Chinese at the moment:


"The Western convention of opening a science fiction novel by grabbing the reader by the hair and tossing her into the future or space right away is not something Chinese readers are used to. They are more used to starting with familiar reality and then gradually progressing to the future or space. Another way of putting it is that they prefer to tether the kite of imagination to the ground. Of course, such reading habits have been changing recently."

I wouldn't say that you should alter your writing style to meet this approach in the Chinese and Asian markets because reader tastes definitely change. Also, I think news still tends to be about two to three years behind things that are becoming actual trends or shifts, especially regarding literature, even more so regarding genre literature. Of course, I could discuss at length why that IS a big mistake, but for now it's just something interesting to note how authors perceive their readership and the work that has come before them.

For Lao science fiction there are still a good many questions we have to ask for ourselves even as admittedly, we're waiting for enough examples to be written and published for us to say there are trends, successes and failures. 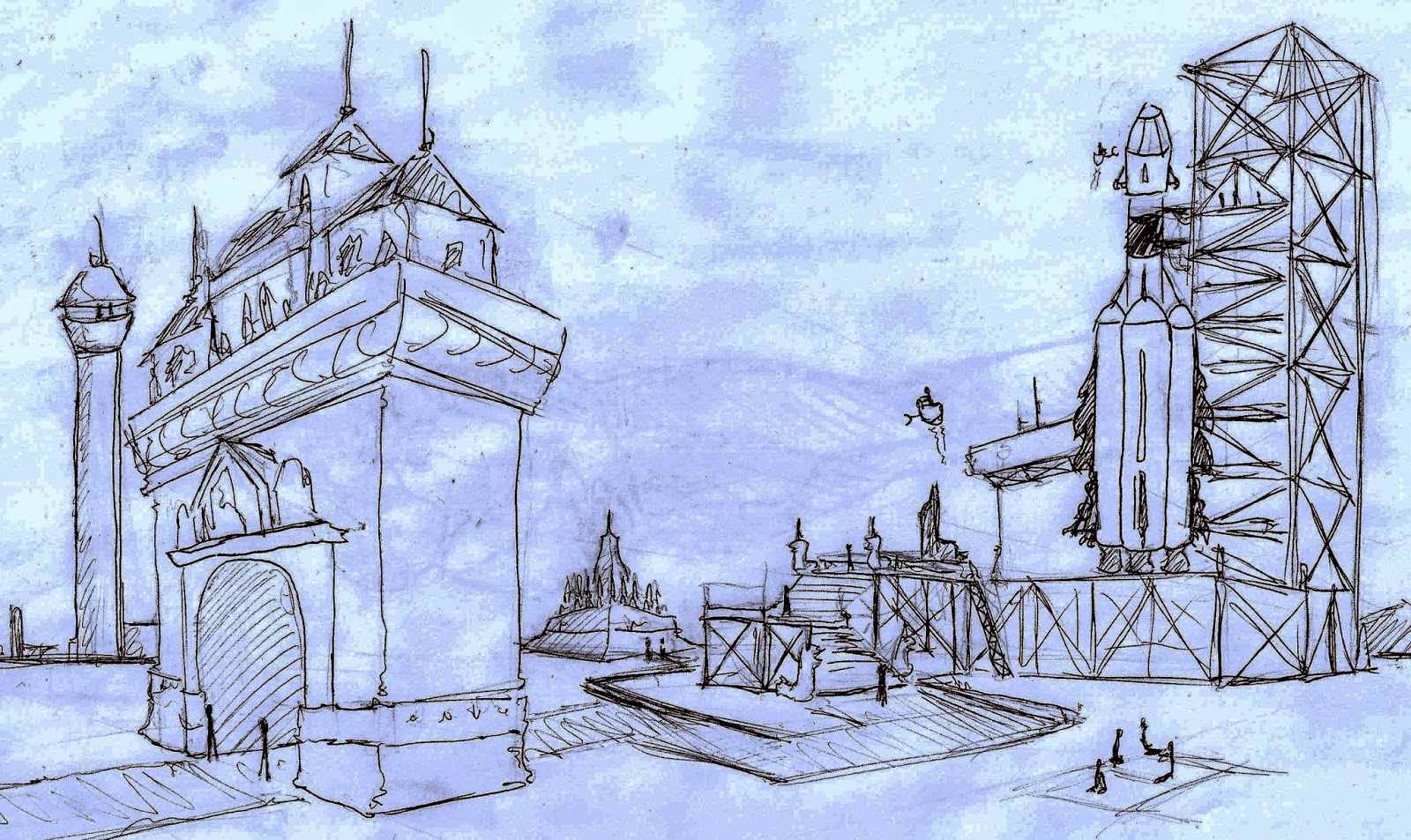 We don't often see Lao speaking in their writing of ambitiously reaching the stars. At best it's often heavily tinged by space opera elements thanks to the prevalence of Star Trek and Star Wars. Which isn't to say that's not a great influence, but when we have a dearth of well-written Lao literature that incorporates plausible applied future science, it won't achieve the original aims of Chinese and other Asian science fiction: To create a popular interest in science and mathematics, or future-management that can address serious issues of ecological and social importance.

How might Laos deal with overpopulation, or in the vein of the classic disaster movies, a volcanic eruption, a flood, major earthquakes or sinkholes, a nuclear or biological disaster, or something implausible as giant atomic monsters.

Back in the old days in Minnesota I proposed a program that unfortunately didn't get implemented in its fullest iteration: Giant Lizard Theater. The idea being a weekend-long kaiju film festival showcasing the better examples of the genre such as the latter day Godzilla and Gamera films from the 1990s. But it was also tied to community outreach and engagement with emergency response teams, colleges, and after-school science enrichment programs or projects that were examining why so many mutant frogs were being discovered in Minnesota lakes at the time. Oh, and a giant inflatable lizard on the campus, but that's just a given. Would it have turned around our dismal math and science scores in our community a decade later? Who can say, but I suspect it might have.

As Lao students continue to make forays into robotics, computer science, architecture, and other fields, how can they explain what they do to their parents and what improvements or dangers it could bring to society?

How do we show that in trying to solve big problems, we often learn how to solve many smaller problems along the way? These were some of the things I was trying to address in my Rhysling-nominated poem "The Robo Sutra," but there are still many other directions we can take our questions. 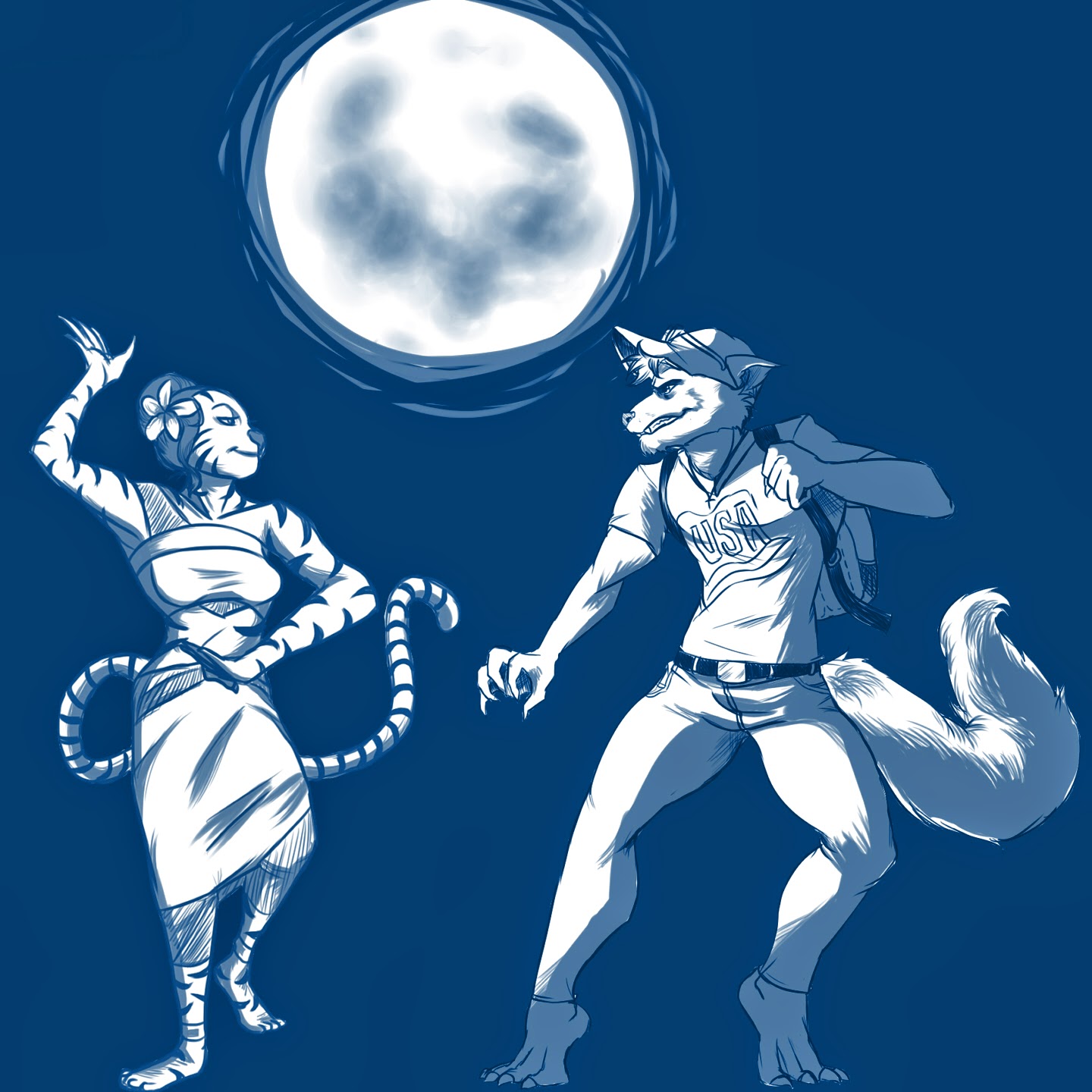 When we're presented with a lycanthrope outbreak, unfortunately popular media has not encouraged us to address it through a rational scientific lens, other than "break out the guns and use applied ballistic science." We don't see the lycanthropy condition as something to try and find a cure for using a methodical process of inquiry.

More often, it's not even something people are trying to cure now. They just find "treatments" and substitutes that reduce the likelihood they'll rampage on some poor innocent person.

In other cases, writers will encourage mysticism, superstition or new age sensibilities to approach lycanthropy. Which can be done interestingly, but often kicks the legs out from science education if we just resort to handwavium and "Mr. Khounbanam became a weretiger because of magic, and that's all you need to know."

You rarely see a case now where someone writes a weretiger or a phi pob story from the perspective that it may be a case of psychosis and how does one sanely treat those conditions, especially in a zone that doesn't have a lot of resources to cure people in the conventional sense.

Now the remaining question must be: How do we create opportunities for Lao writers both in Laos and beyond her traditional borders? While I've been fortunate, I also appreciate that many editors of otherwise fine science fiction journals don't have the resources or the ability to give emerging Lao science fiction writers a start, especially pieces that aren't framed for a more mainstream Euro-American audience.

While I can certainly advocate from one end of the field, I think the solution must also include the rise of semi-pro Lao science fiction zines and publications that can get good outreach into our communities. There has to be enough profit and acclaim, or at least marginal respectability to encourage our emerging writers to write more of it.

A part of me says this actually shouldn't be too difficult. It's not like Lao writers working in non-genre subjects are making hand over fist that writing speculative literature is a ridiculous proposition. The second-most expensive movie in Laos is about to be a ghost story from Mattie Do. So, where do we go from there?

But what are your thoughts?