In October, 2014 the Japanese American National Museum opened Hello! Exploring the Supercute World of Hello Kitty. I had a chance to see the exhibit during the December holiday with my nieces who naturally loved it, although they were disappointed we couldn't get as many souvenirs as they wanted from the show.

In a nutshell, this is the first large-scale Hello Kitty museum retrospective in the United States. Hello Kitty is 40 years old now, and the exhibit helps visitors to examine her colorful history and influence (or anti-influence) on the world, but also Asian Americans.

Among the highlights was an extensive product survey, with rare and unique items from the Sanrio archives, along with contemporary artworks inspired by Hello Kitty.

The Hello! exhibit was curated by Christine Yano, PhD, author of Pink Globalization: Hello Kitty’s Trek Across the Pacific, and Jamie Rivadeneira, founder and owner of the Los Angeles pop culture boutique JapanLA. 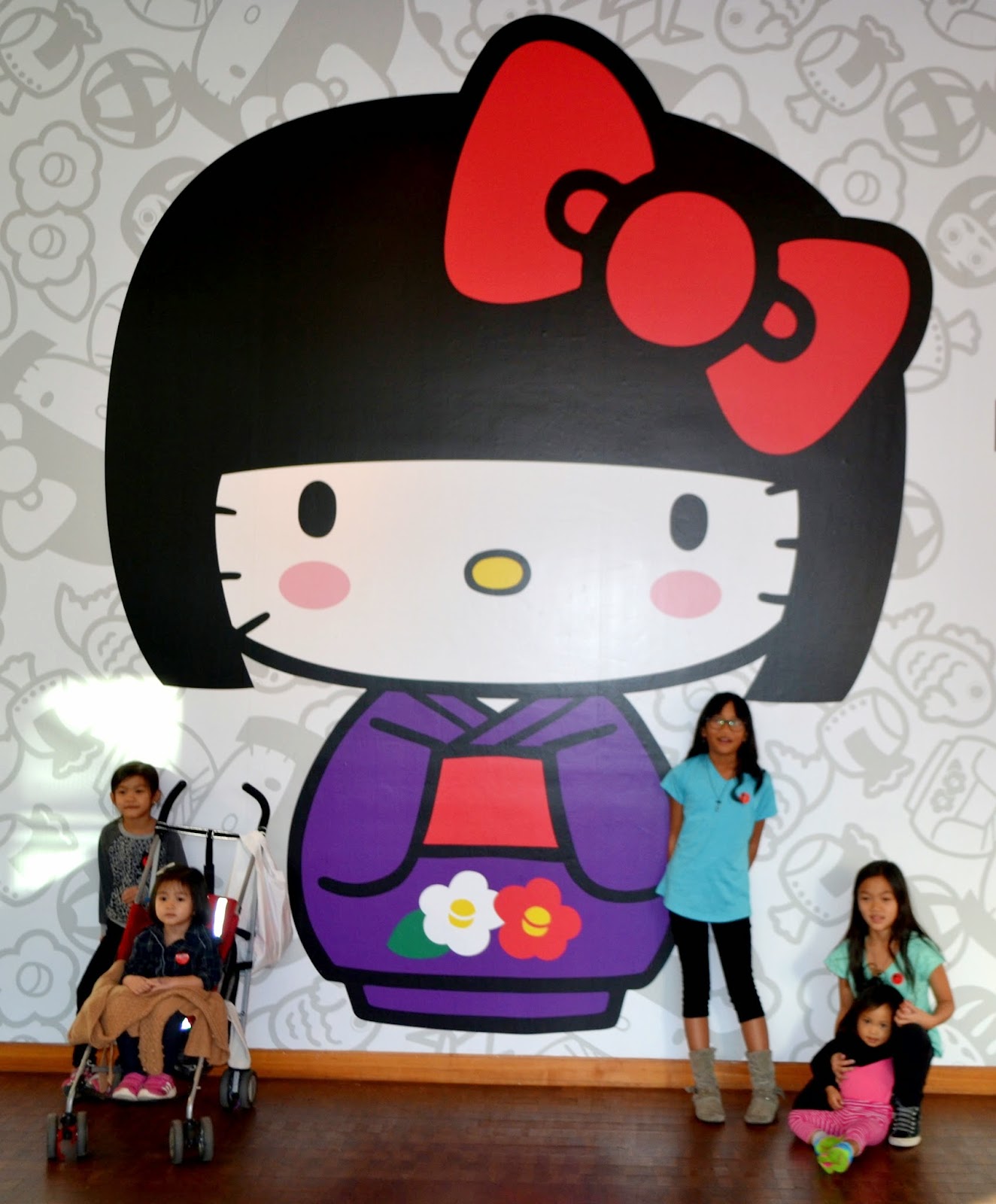 There were a variety of interesting questions Hello! raised. When we consider that Hello Kitty is actually an English girl, created by Japan, who is five apples high and owns a cat, sometimes it can take a significant amount of thinking to wrap your head around that. Over the years, that part of her biography has often receded into the background and we have seen more parts of the Hello Kitty world embracing her roots in Japan.

From a Lao American perspective, many of us are asking if that's the only way to be successful in bringing a new character. To mask our cultural heritage and identity, and then "pull away the mask" later, if you will. 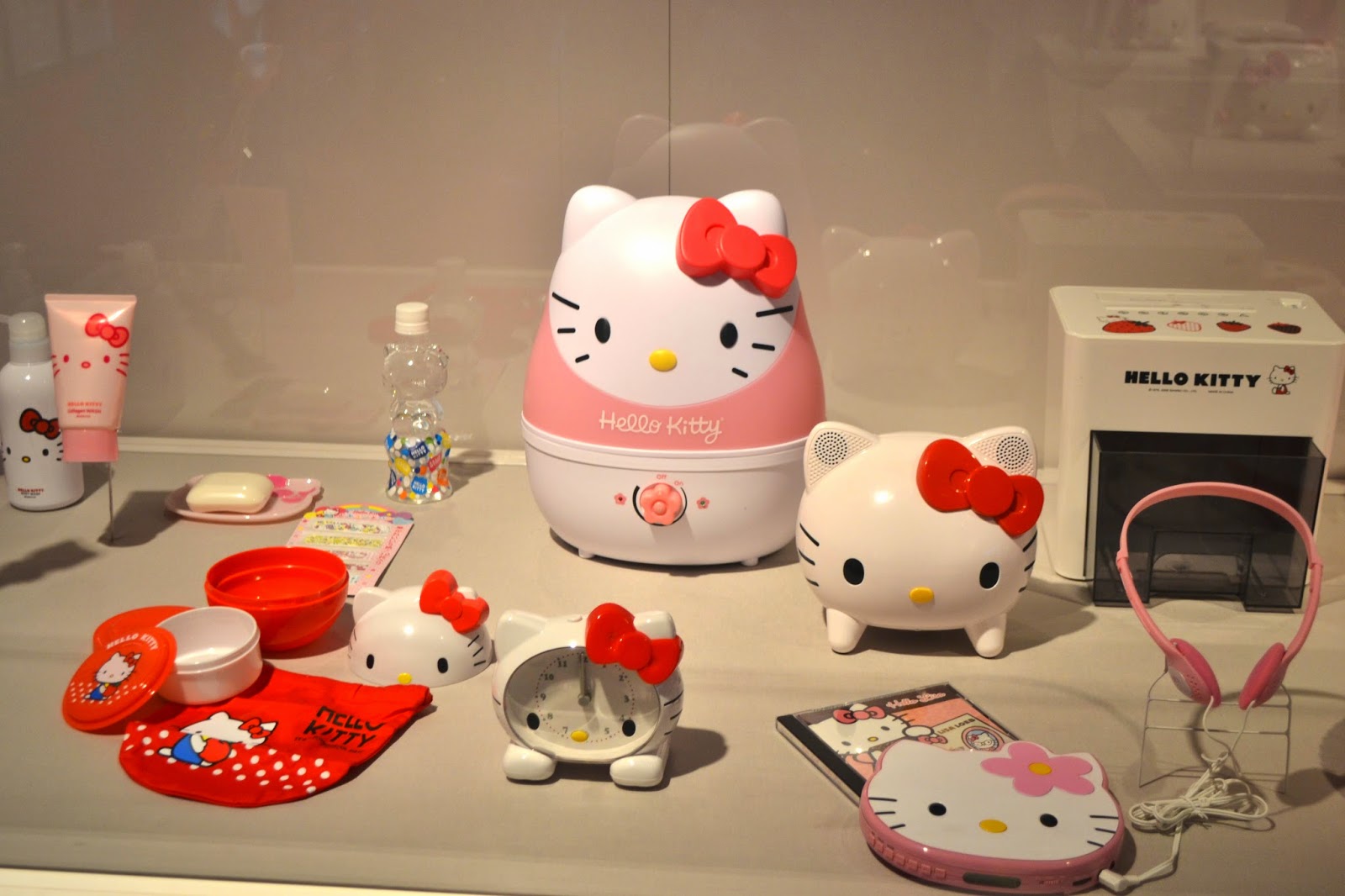 From an artist's point of view, I do think the exhibit would have been strengthened greatly by being able to see some of the early design sketches or rejected concept art for Hello Kitty over the years. Instead, we mainly see the final products.

I think it would have been nice to have heard a discussion about the risky years for Hello Kitty, when her 'worldwide dominance' wasn't necessarily certain. Or if there were ever any years when there were product missteps. 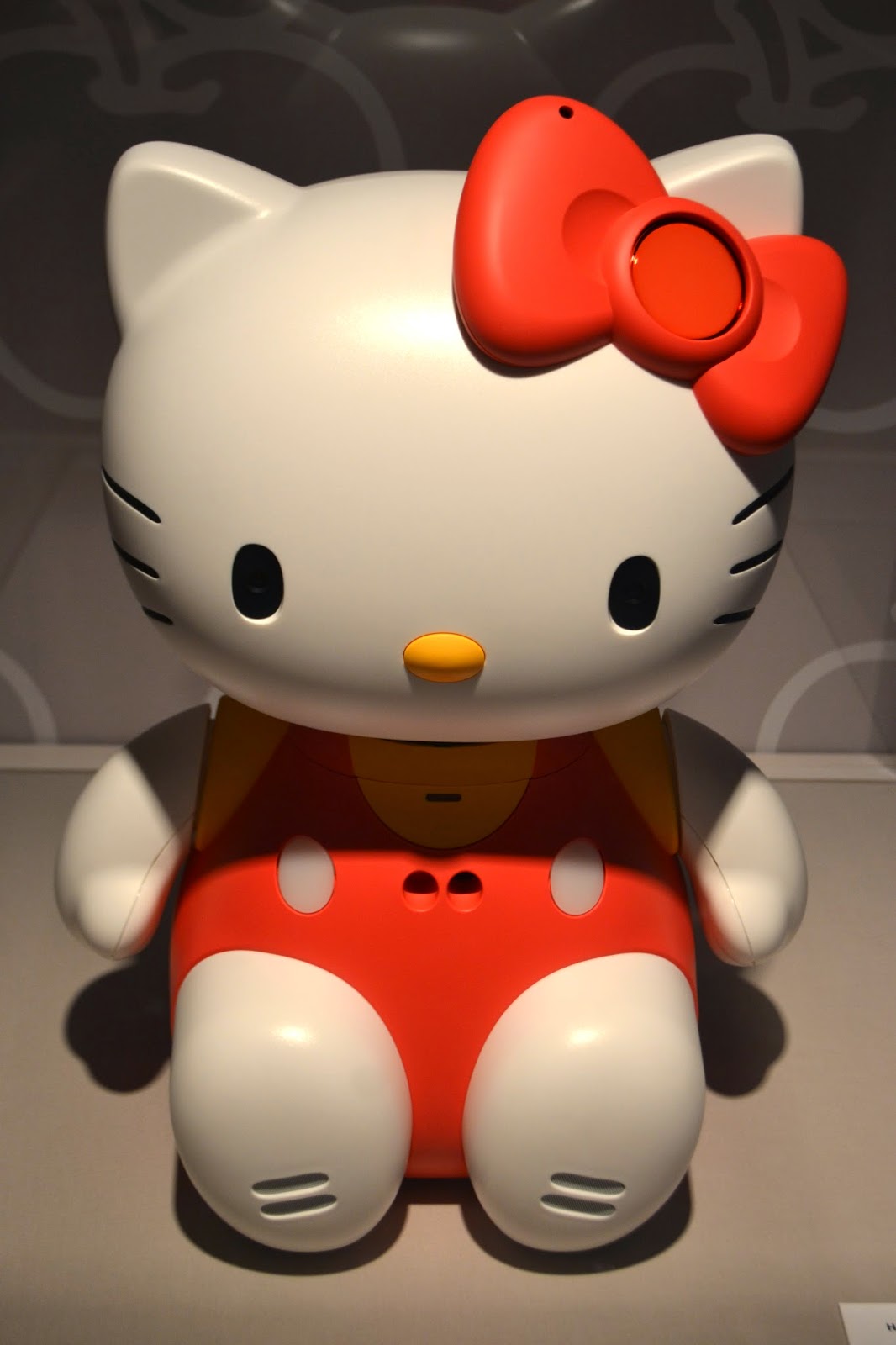 One of the interesting items on exhibit was the Gene Simmons Hello Kitty which humorously seems more popular than the Peter Criss Hello Kitty. Poor Peter never seems to catch a break. 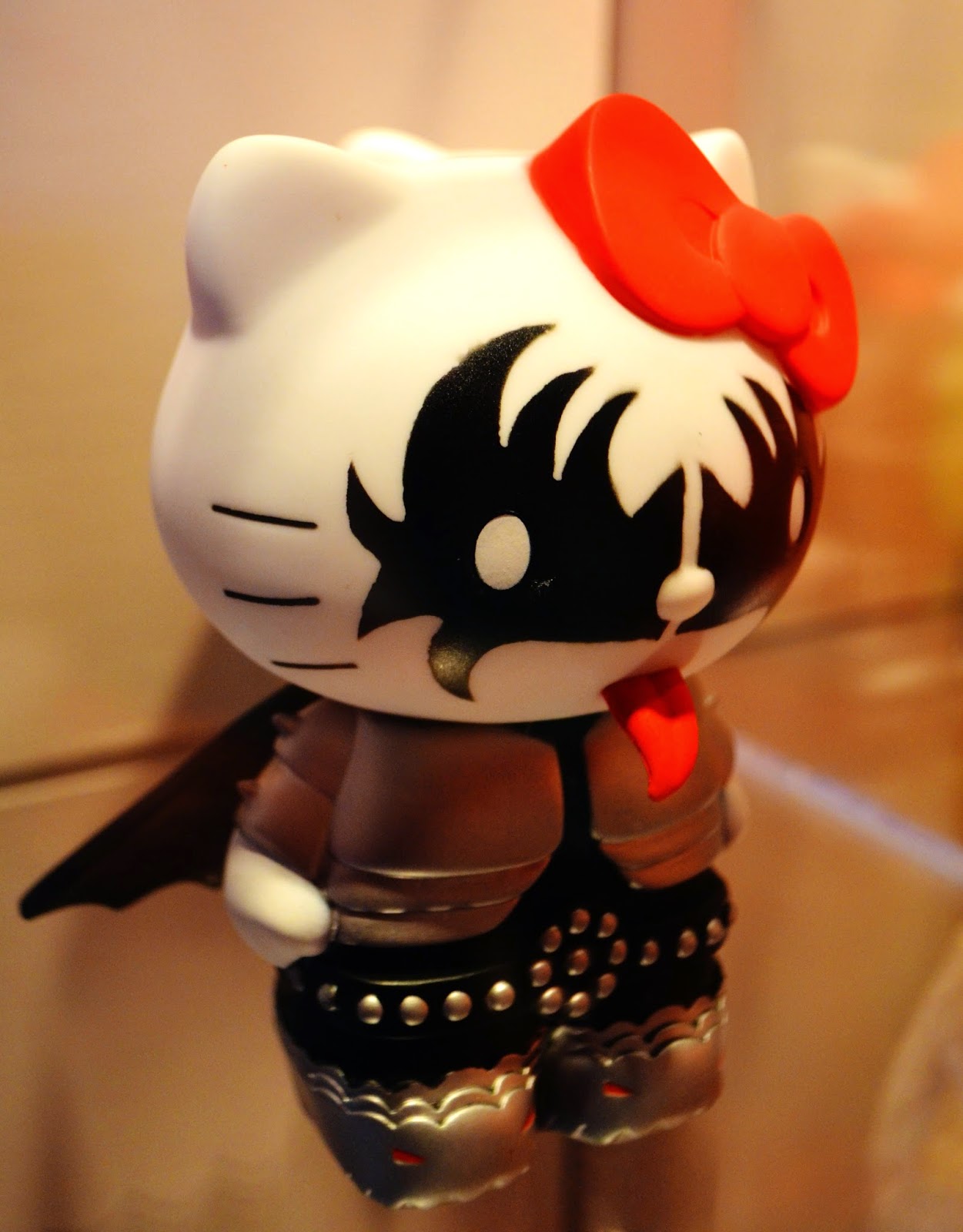 We saw the maquette for the Hello Kitty balloon for the Macy's Thanksgiving Day Parade. We also had a chance to see a replica of the very first Hello Kitty item, a tiny little coin purse with the word Hello and the kitty. It was inspiring to think of it almost as a seed that grew far, far beyond the expectations of anyone involved. 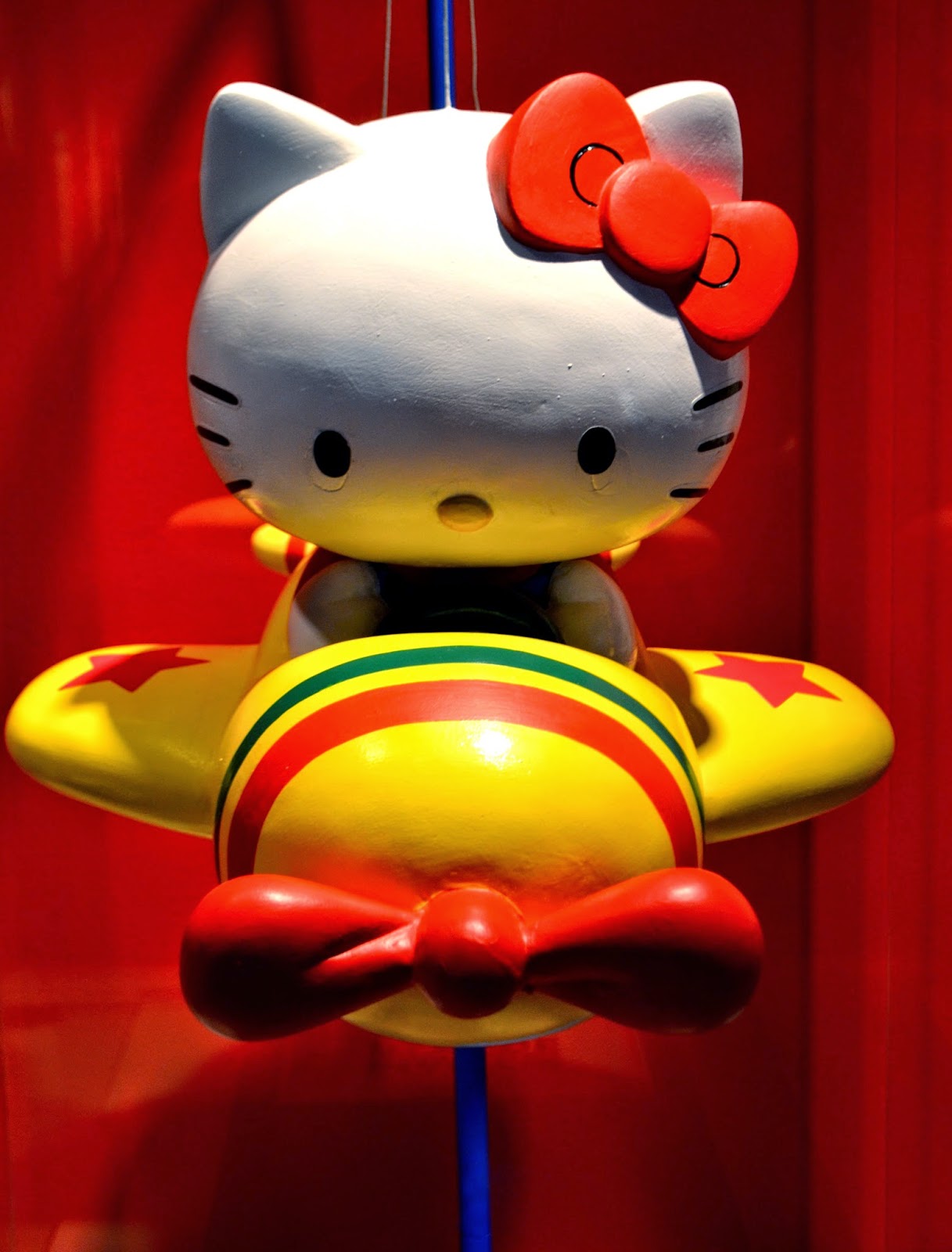 There was a distinct charm to the Hello Kitty dolls in traditional Japanese costumes, and the little keyfobs that have been designed over the years for souvenirs from the many different tourist sites in Japan. I wonder what the Lao equivalents might be. Or what we would create to mark significant sites in Asian America. 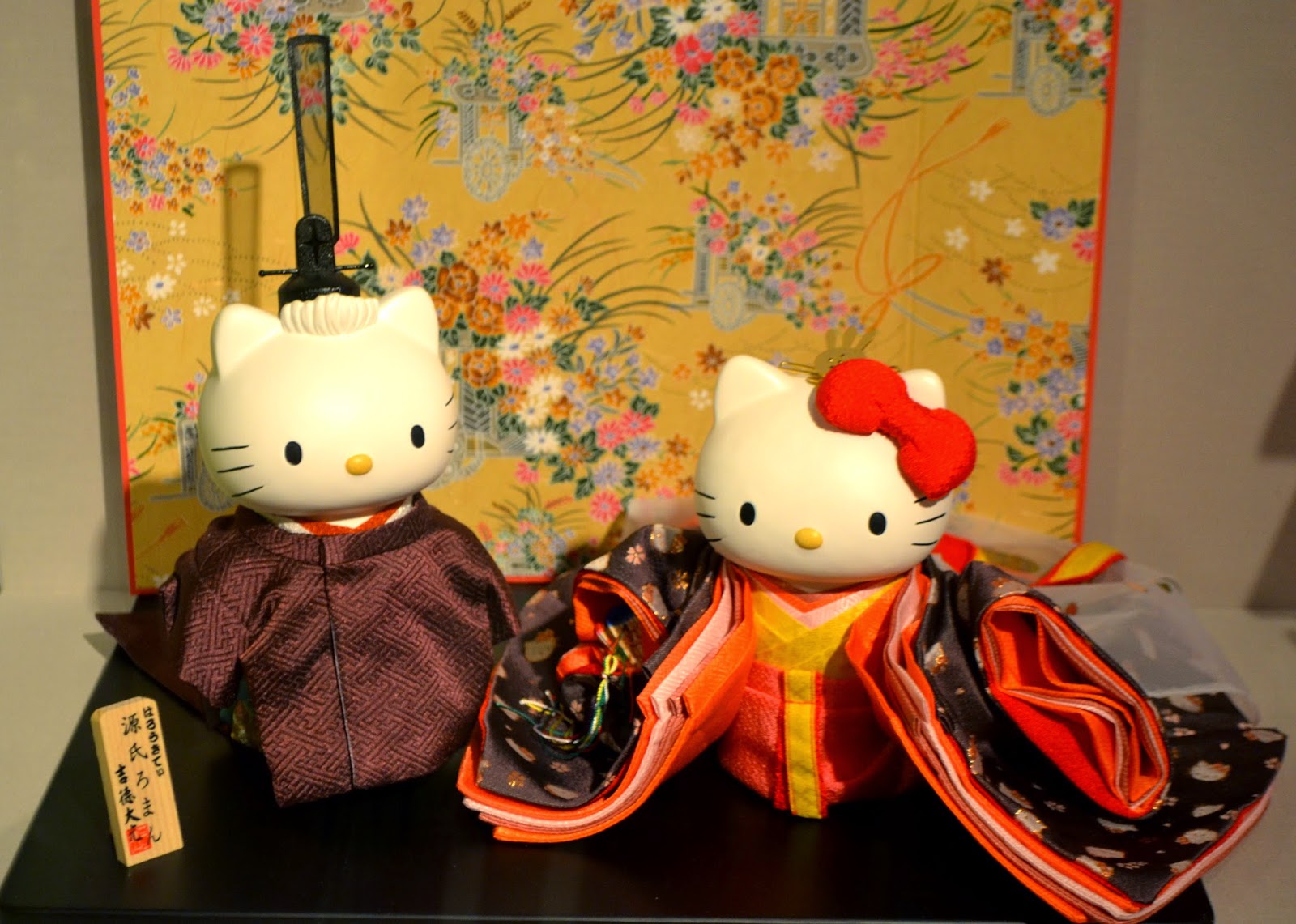 The contemporary art responses to Hello Kitty were often whimsical and displayed the variety of takes people could take on Hello Kitty, from traditional Japanese Kendo armor to portraits of Abraham Lincoln, Hello Kitty as a Japanese kaiju monster, and other more "adult" takes.

There were also examples of dresses incorporating Hello Kitty to often absurd extremes, or the Hello Kitty tarot deck and wine. This was effective in driving home the idea of how much projection comes into play with Hello Kitty. She and her friends can be many things to many people depending largely on the mood and needs of the time. 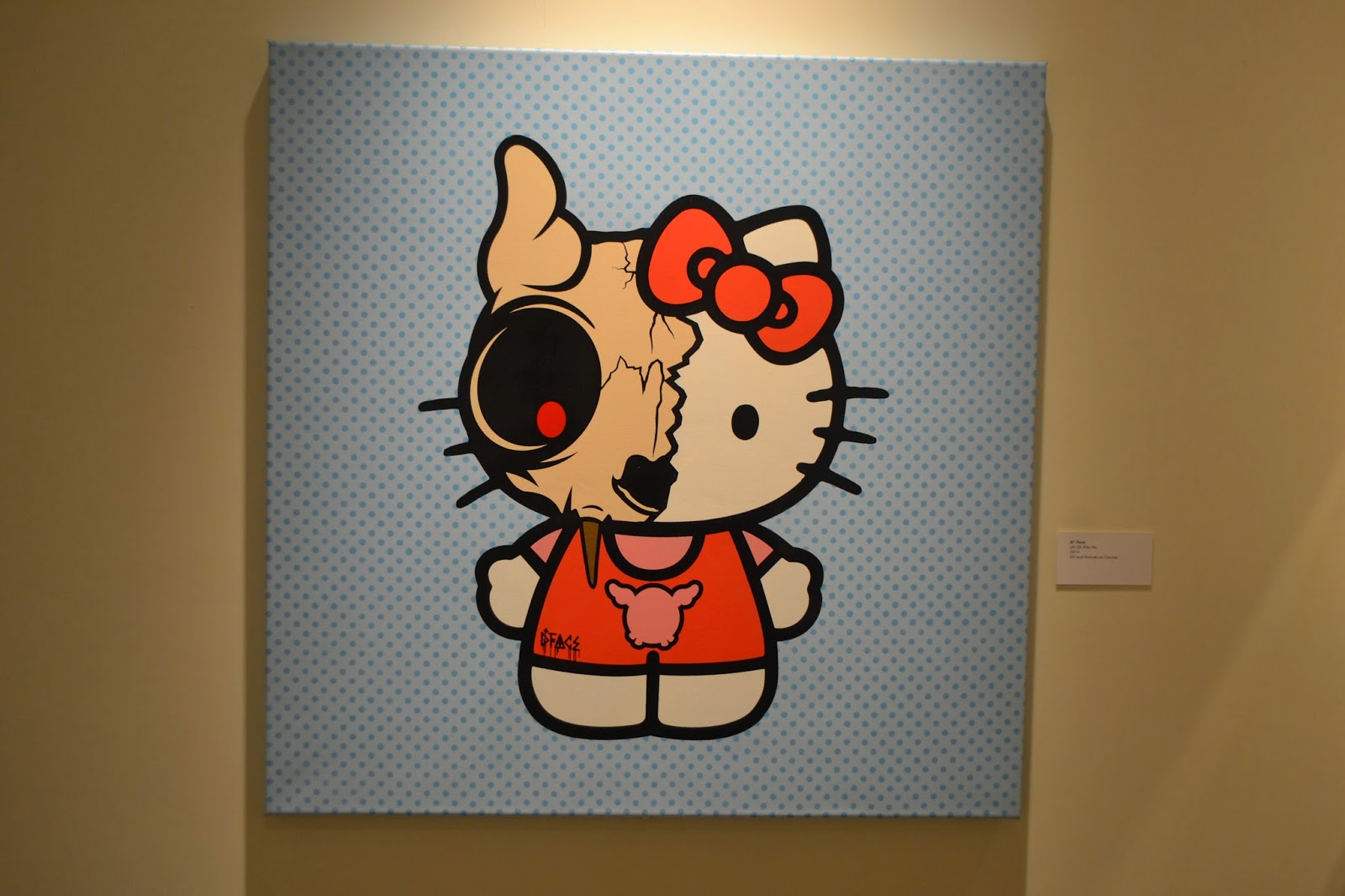 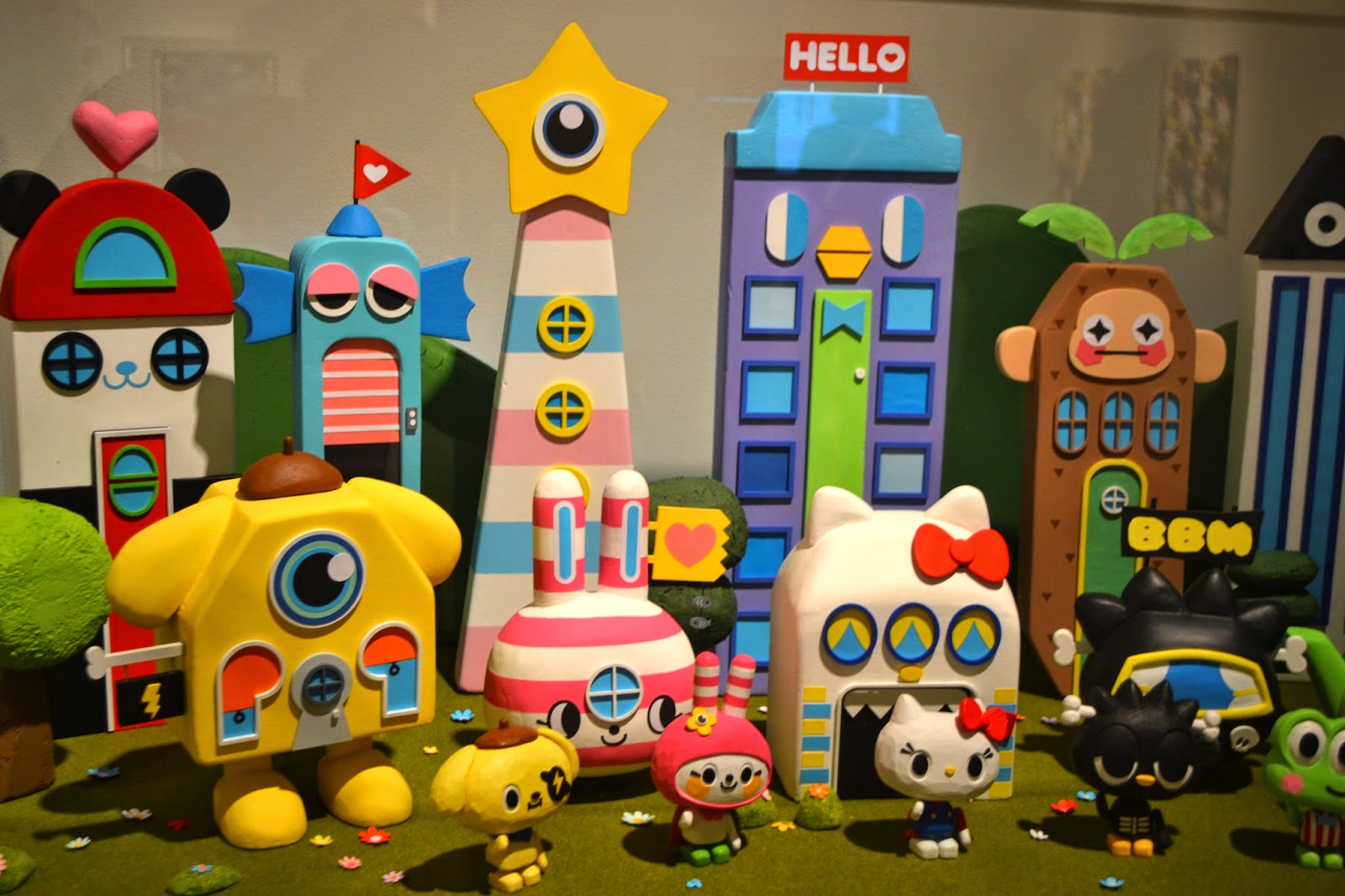 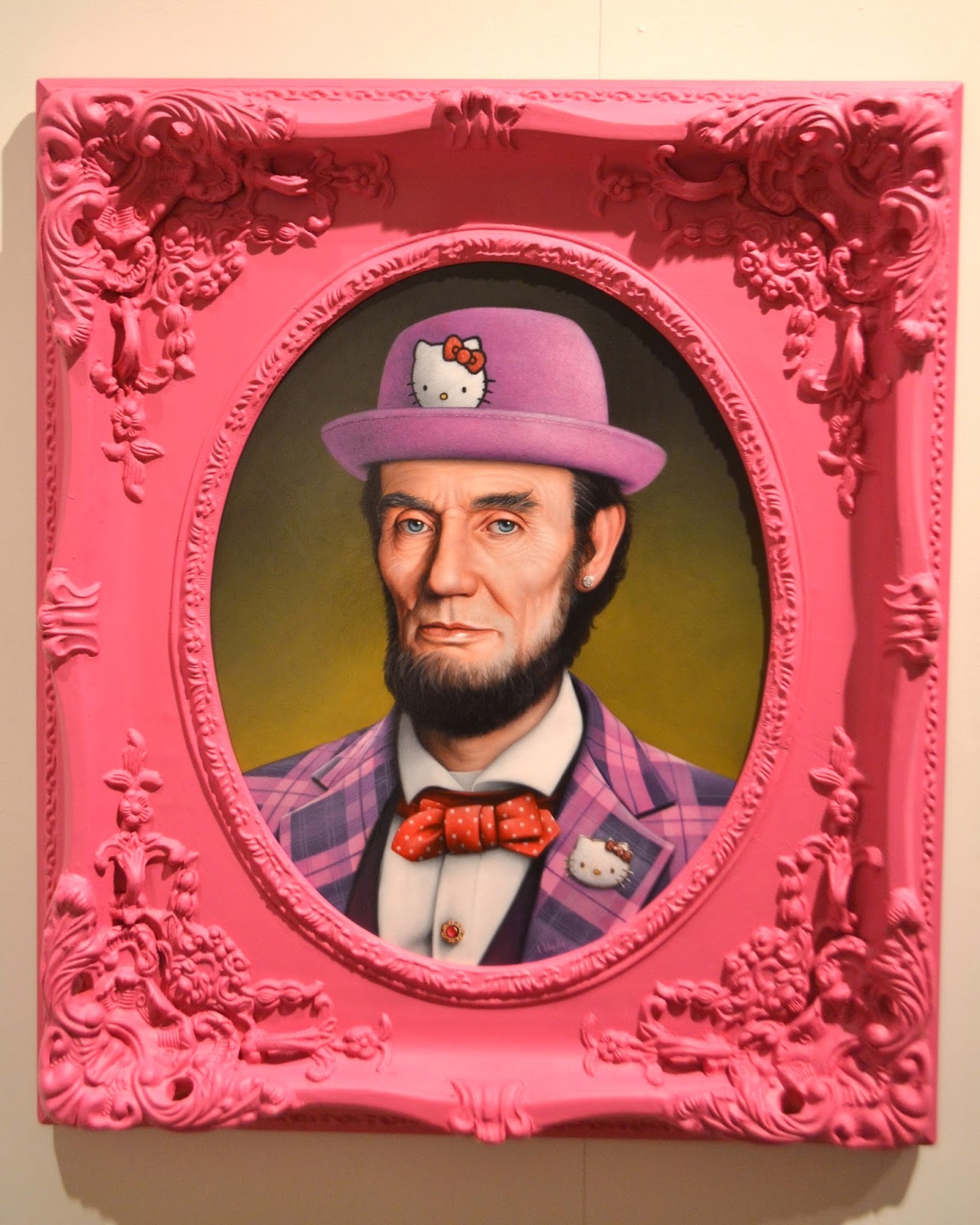 It was also a great experience to have people transition from the Hello Kitty exhibit into the rest of the museum. You spend about a half-hour engaged with a beloved Japanese creation and then move right into the discussion of Japanese American participation and struggles within the American Civil Rights movement, the issue of Japanese internment during World War 2 and the role of the Japanese Americans in the armed forces throughout various US conflicts. It's very effective and moving.

If you get a chance to see it, this is definitely a recommended exhibit. It runs until April 26th this year. Tickets are $20 for adults and $10 for kids 6-17. The Japanese American National Museum is located at 100 North Central Avenue, Los Angeles California