Laos was once referred to as Prathet Lan Xang, the Realm of a Million Elephants, so it's only fitting we take note of Elephant Appreciation Day.

Laos has the 6th largest wild elephant population in the world. It would be nice to make it to the top five in the next two decades. Because, you know: 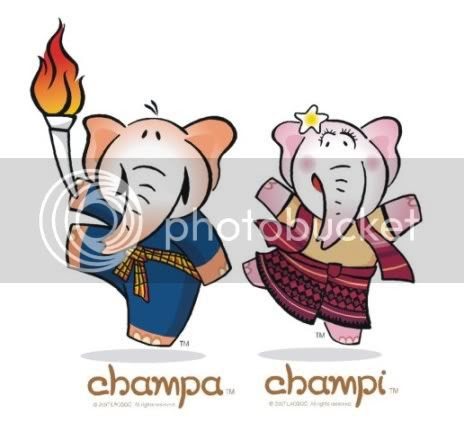 We do have the 4th largest captive elephant population, so that's something. There are only 13 nations where elephants are found naturally.

Elephant Appreciation Day was created in 1996 by a Sarasota, Fla., businessman who liked elephants. Technically, it has no official organizers or promoters, but hey, every holiday starts somewhere. A website regarding the holiday says the day is meant "to be observed and enjoyed by anyone anywhere on a local level."

For Lao, our heritage with elephants is greatly endangered by hunting and deforestation, which has greatly reduced the elephant population in Laos.

Wild elephants have less than 47% of the country to roam in and are in constant danger from hunters, particularly poachers from across the borders who want the elephants for their ivory, although it is technically illegal to trade in it.

Rising ivory demand in China by superstitious bumpkins with too much money has boosted the price from $157 per kilogram in 2008 to as high as $7,000 in 2011, an increase of 4,358 percent. Scumbag poachers are wasting no time trying to meet demand.

As a side note: In Naga Cities of the Mekong, Martin Stuart Fox notes two legends related to Vientiane and elephants. One suggests that Vientiane was the place where all the elephants of Laos came to die. Another talks of how "the ruler of Sikhottabong on the middle of the Mekong answered an appeal from the ruler of Viang Chan for assistance, hoping thereby to gain the hand of his beautiful daughter in marriage. When this was refused, he slaughtered a million elephants to show his anger."

Which is obviously an exaggeration, but it certainly adds a different dimension to our traditional understanding of the phrase.

But the point is to take time out today to celebrate the elephants among us! What are your favorite elephant memories?