Only Make Believe: The Dream

One of the images recreated during the 2011 Pageant of the Masters in Laguna Beach was Henri Rousseau's The Dream. 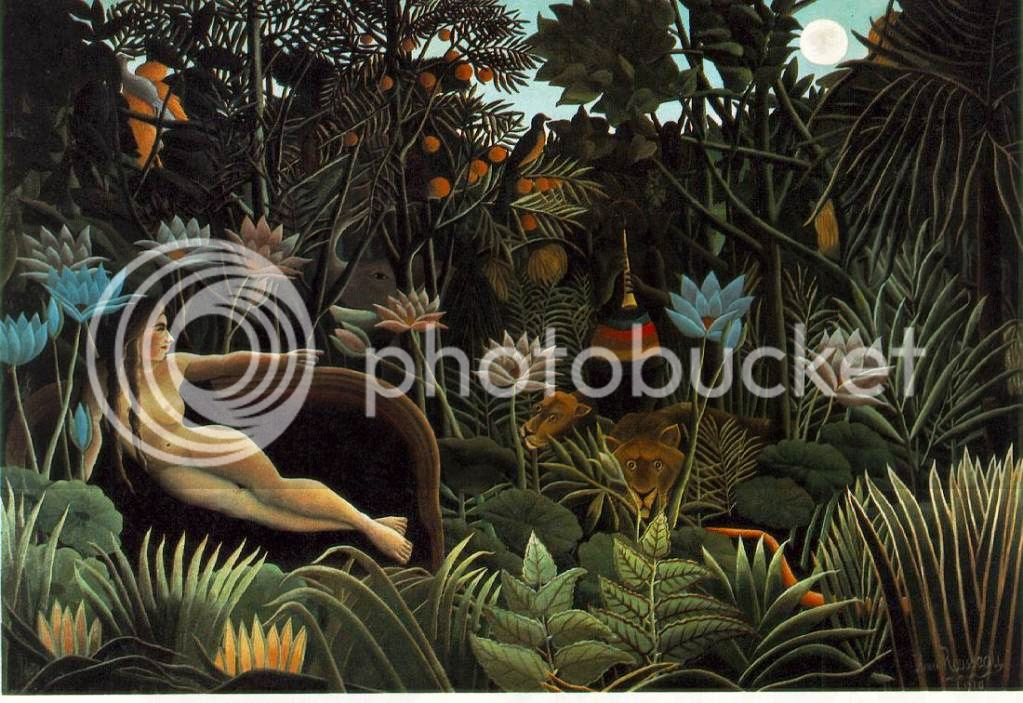 This was the last of his jungle scenes, which began with the classic Surprised! (Tropical Storm with a Tiger).  Henri Rousseau's work has rightfully maintained its longevity for its particular innocence and charm, often with a  hint of darkness at the edges, as seen in his well-known Sleeping Gypsy from 1897: 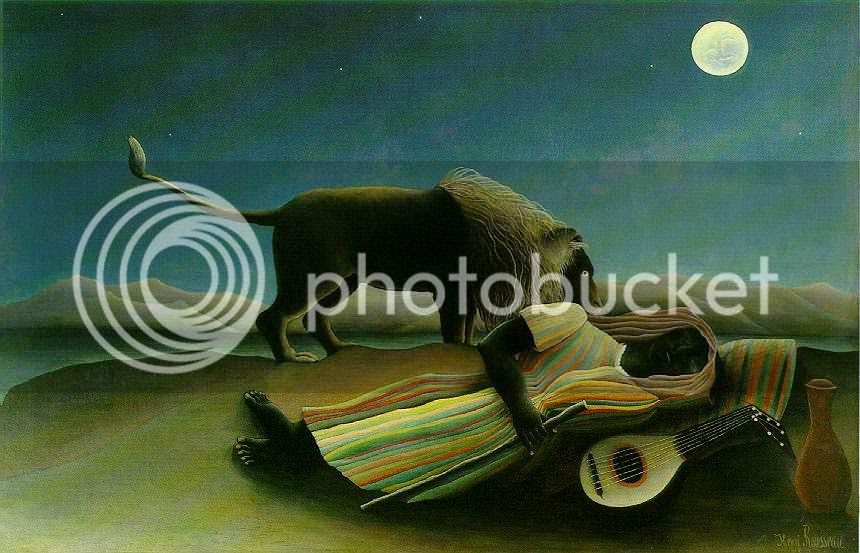 Picasso held a dinner in Rousseau's honor in 1908. Rousseau's deeply wished to paint in an academic style, firmly convinced his pictures were absolutely real and convincing. Of course, the art world in contrast, adored Rousseau's intense stylization and fantastical imagery.

I would classify him as a poet's painter. Within his sparse scenes, Rousseau's images are open-ended but effectively suggest depth and mystery. At their best, he connects the viewer to something new yet timeless in its energy.

Personally, I prefer Surprised, because it so vividly reminds me of Wole Soyinka's classic statement, "Un tigre ne proclâme pas sa tigritude, il saute sur sa proie" or, "A tiger doesn't talk about it's tigerness, it pounces on its prey!" which is an approach suffused with meaning for any artist: 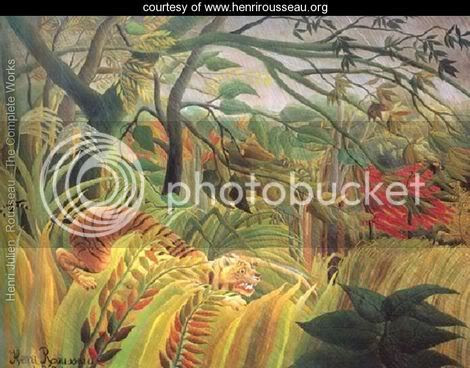 The Dream was the last painting Rousseau exhibited: A nude woman lounging on a divan in the middle of a dreamy jungle. The artist is at the height of his craft.

It won the acclaim of the avant garde artists of the time, as each element is handled with equal weight: The nude, the lions, the diverse, lush greenery. The poet Guillaume Apollinaire praised this painting, saying, "The picture radiates beauty, that is indisputable. I believe nobody will laugh this year."

I find it striking for its juxtaposition of the exotic and the mundane, the imagined and the representational, the world of nature and the urban world. Rousseau often claimed to be inspired by his travels, but scholars suggest he actually drew upon illustrated books and visits to the zoos and gardens of Paris. In any case, it's easy to see why this painting would be considered for the Pageant of the Masters.