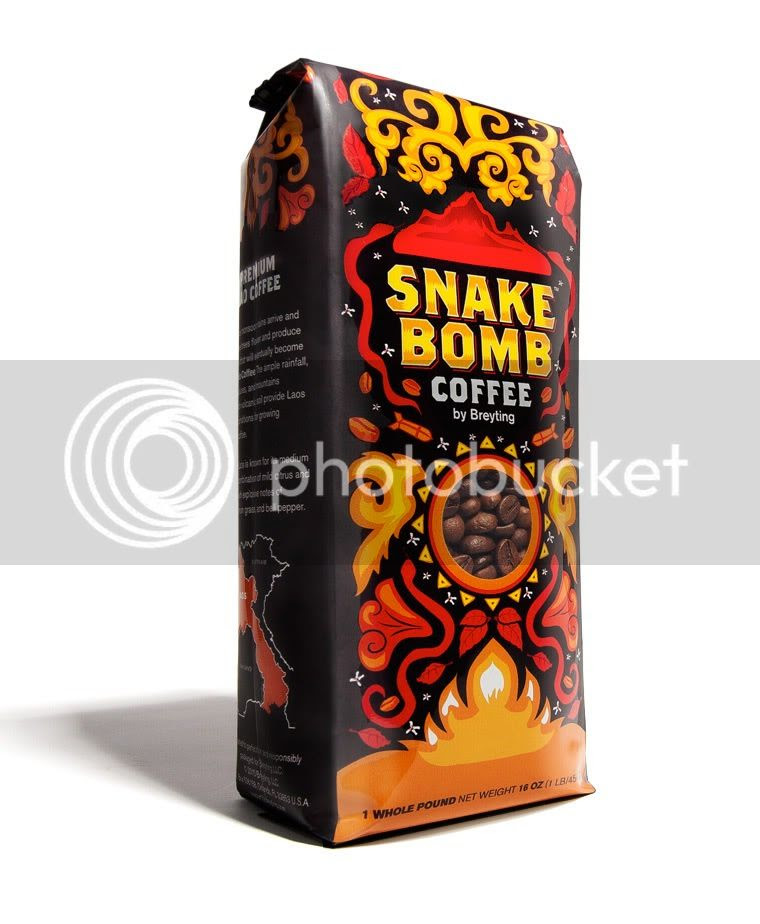 In celebration of Nation Coffee Day, I'm going to point out to my readers the makers of the Lao coffee, SnakeBomb. I enjoy the Lao coffees, which are quite distinctive but hard to come by in the US on a regular basis.

SnakeBomb stands out because they use their profits to help with UXO removal, clearing the 80,000,000 unexploded bombs leftover from the American bombing campaign in Laos from 1964 to 1973.

They also work to provide antivenom against snakebites, which is important because Laos has many deadly snakes including the Malayan Pit Viper and the Green Pit Viper. Unfortunately, while Malayan Pit Viper bites are rarely deadly (2%), many victims are left with dysfunctional or amputated limbs due to the lack of antivenom and early treatment. And of course, cobras abound.

But back to coffee:

There are several other coffee companies in Laos, including Lao Mountain Coffee, based in Vientiane, who also specialize in green tea from the Bolaven Plateau and Phongsali Province, and the specialty Pu'er tea.

Another notable group is the Saffron Coffee Company in Luang Prabang, who works with Hmong, Mien, and Khmu farmers. They offer two different roasts, the Luang Prabang Roast and the World Heritage Roast. They offer both a Prime and Premium coffee, but also a distinctive Peaberry coffee that is a 100% Shade Grown Organic Arabica.

Paksong near the Bolovens Plateau is considered the Lao coffee capital, with over 5,000 families involved in coffee production there. They even have a website that outlines a coffee tour you can take to try it all out.

Are there any Lao coffee companies you like or recommend?

I've been reminded that http://www.daoheuangcoffee.com is the site for Dao Heuang Coffee and then there is also the Mekong Trading Company to consider as well: http://www.mekongtrading.net