August is National Lao American Artist Heritage Month which we've made a habit of celebrating sedately across the country. Last week on July 30th, the Southeast Asian Resource Action Center visited Minnesota as part of the three 40 and Forward celebrations its having across the country, and over 100 people came to attend. The Twin Cities Daily Planet picked up my post on some of the accomplishments we've seen over the last 4 decades in Minnesota, especially among the writers and artists. Of course, there are many, many other parts of that journey that could be discussed and mentioned. 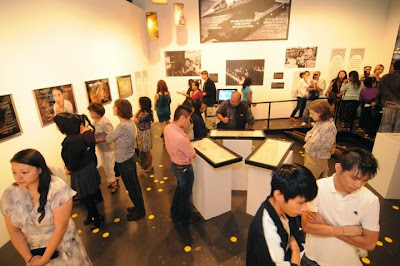 One of the things that I consider particularly relevant to this discussion is the role Lao arts played in getting us to this point. During the 20th century the US bombing of Laos was "secret" and yet refugees from rural Laos were flooding in to Vientiane and elsewhere seeking safety. When their word could not adequately describe what was happening, the refugees began to draw pictures.

By modern artists standards, they would be dismissed as amateurish and basic, but they were also convincing enough to those who'd seen them that something was happening that needed to be investigated. While those pictures weren't the only factor, they contributed to the inquiries that eventually led to the discovery of the Secret War and the end of the bombing. When you visit a Legacies of War exhibit, you can see many of the images that Lao created.

The writer T.D. Allman who originally coined the term "Secret War" for the conflict in Laos recently wrote a new article for National Geographic about the continuing legacy of US UXO in Laos and how the country has been rebuilding itself. "Laos Finds New Life After the Bombs" is a worthwhile read to see some of the human stories that can be found there. 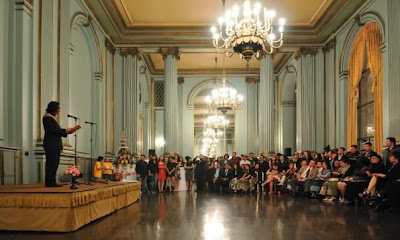 A persistent mantra among Lao writers of the 21st century is that in forty years since the end of the Laotian Civil War, Lao American writers have produced less than forty books in their own words, on their own terms. As the author of six books of Lao American poetry, I have to acknowledge my position and my sense of obligation to my community to reverse this trend. But in the modern age, is it a quixotic task to rebuild a literary tradition, particularly in a way that would require us to change the way we’ve historically engaged with literature?

Forty years since the “official” end of the war, now more than ever Lao need to reassemble a people's history of what truly happened during those years, even if it conflicts with the “formal” records.

Stories that go beyond the official, sanitized versions presently extant. The community must collect and gather its literature for many reasons, if for no other reason than if Lao are not interested in their own history and culture, how can they ask others to be?

The Lao must navigate a scenario where a world of possibilities are open to them that will be greatly enhanced by new literature that allows them to position themselves in the present and future. We will have to turn not only to the traditional values that esteemed literature, but we will have to turn to new ways of incorporating good reading habits into their households and in our communities that effectively transmit, preserve and build upon those ideas.

While educators and community organizations can play a role in facilitating this culture shift, this will also have to become a new community value at a personal level, with clear connections established between lifelong success and literacy. It is not an insurmountable task, but it is a distinct challenge. If Lao are to have a future, we must be prepared to write to the very limits of our imagination. 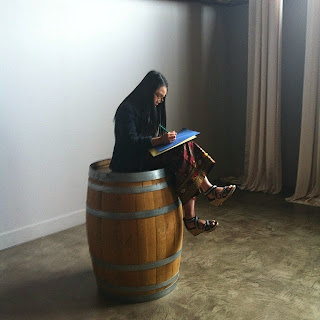