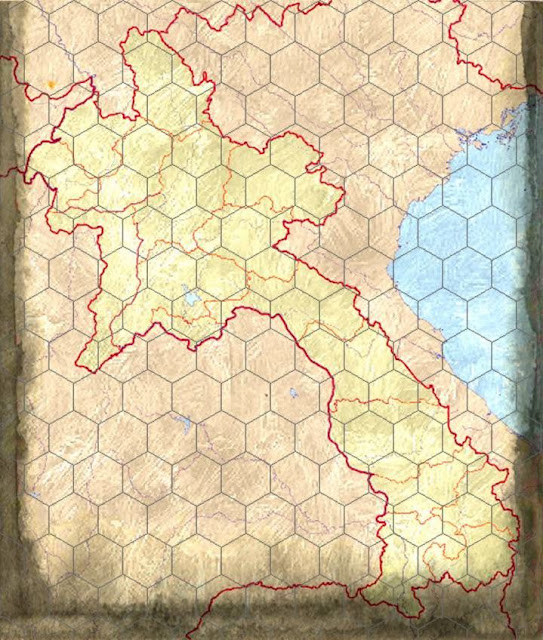 In many role-playing games the use of hex-grid maps is helpful for players in order to understand the position of various units in relation to one another. Above is a quick version of the modern map of Laos with current province designations using a hex layout scaled for many games. It does not have province names, roads or major geographical features, so players and game masters can add them at their discretion.  In the future, hopefully, I'll be able to get some more maps done at a higher quality level for everyone, but I hope this will do in a pinch or encourage others in the future to make and share maps even more suited for role-playing games in Laos.

Per our previous conversations regarding a re-imagined "South-Up" orientation of the world, here's one for Southeast Asia with a hex-grid applied. Hopefully, one day we'll be able to present some maps that would be suitable for games set during the Golden Age of Lan Xang, which has attracted the interests of many would be gamers. 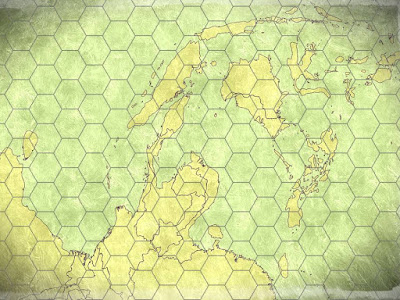