Lively Day In Wasteland and the Willits Kinetic Carnivale 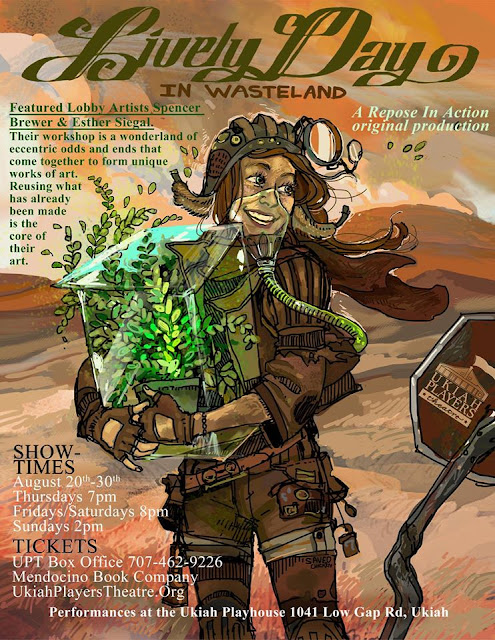 Two fun events taking place next week in Northern California for those of you with a taste for Steampunk and the Post-Apocalyptic.

The first is the theatrical presentation of Lively Day In Wasteland, presented by Repose in Action, an educational program of Ukiah Players Theatre. It's a Ukiah, California-based performance troupe whose teen production team produces all aspects of its shows, from set building and costume design, writing, directing and choreographing.

Lively Day In Wasteland promises to be an innovative collaboration between teens and elder artists of the Ukiah Players Theater to tell an original fairy tale, and also features a lobby installation of reimagined, re-purposed junk-to-art by Spencer Brewer and Esther Seigel. It's not to be missed. 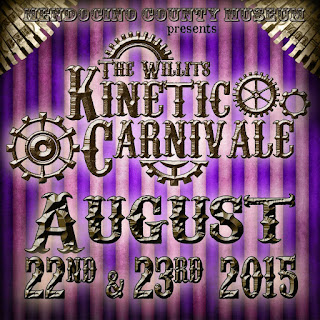 That same weekend, they'll be presenting the Willits Kinetic Carnivale, which will take place on August 22 & 23, the 125th birthday weekend of H. P. Lovecraft. As an interesting side note, The Dunwich Horror film was filmed in Mendocino County.

Visitors are encouraged (but never required) to attend in vintage or steampunk costumes, and during the day will particpate in myriad activities and enjoy a diverse group of craft and food vendors, entertainment, historic and steampunk-themed workshops, lectures and discussions, and fascinating Museum exhibits.

I'll see you there!