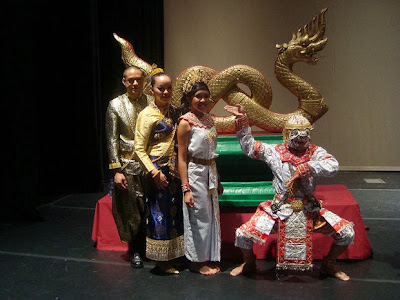 One of my strongest beliefs over the years has been that a culture that cannot imagine its future will not have a future. At the very least, it will be one dictated by the agendas and interests of other powers. From a Lao American perspective, we have seen the disastrous consequences of this for our community already, with well over 700,000+ of us already living in some state of diaspora since the conflicts of the 20th century, and far more than this when we consider our brothers and sisters who were displaced by the conflicts of the 1800s that left much of Laos depopulated to other nations.

I have had some readers gently ask if this is not a quixotic task of rebuilding our culture. I have also seen many well-intentioned writers ask if my efforts are not better spent strictly on the historical and the "factual," such as it may be known. To me, this is the great challenge for a refugee community rebuilding. The frantic, and rightly expected effort to document and preserve our stories before they are lost. We are discouraged from great explorations of the imagination beyond the preservation of our common children's stories and folktales.

Over the years, I've been informed that Lao and Southeast Asian refugee fiction is often considered a suspect undertaking, and, to be taken seriously, must abide by US and European approaches that reject magic, a sense of the supernatural or a deep probing of the spiritual and the imaginative. If we do not uphold the conventional and accepted narratives that we presented in our early years, we risk excommunication from the world of Arts and Letters. I hope emerging writers have read me well enough to understand that this is in fact a trap, and if you tell the story we all "know" already, then you will become superfluous and unnecessary, since "that" story has already been "told." 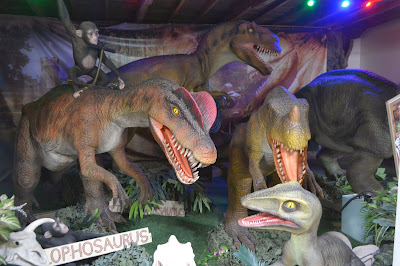 I understand some of the elders' concerns. If we don't take time to write the stories of the people who were really a part of our lives, how can we dare to invent people and events. Yet, there is the issue that to write too true to some stories is to lose the power, the reason we tell the stories in the first place. There are some wounds that are still too painful to discuss outright. There are some stories where we can never get a full, fair, and balanced account from everyone involved. There are some cases where much of the truth that led to other moments of historic and cultural importance have been forever lost, taken to the grave or destroyed. But yet, to be a full people, we must still write.

And to my thinking, we must still dare to imagine. Or we shall become lost in the world.

Reading and creating speculative fiction such as fantasy, horror, and science fiction is one way to rebuild, to foster a true preservation of visionary hope, empathy, and an inclusive sense of progress that upholds the best of our cultural values. In the process of writing such stories, it often necessitates a level of research and recovery that we would not otherwise undertake in order to understand our origins.

If we write a story involving the rocket festival, to be fully realized, our aspiring writers must ask around and investigate: When does it take place. What is needed to build the rockets. What are the elders and youth thinking during such a time. What is the weather like, the food, the challenges, the types of music that people prefer to hear while it's all going on. What are the monks chanting? Do the festival participants find their fortunes changed in the rest of the year ahead? So many questions that can be asked. What if a real Nak came to attend, for example, and was secretly in disguise to light one of the rockets? 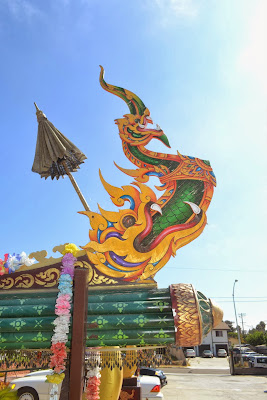 There are many questions we can yet probe with Lao speculative writing, when we invoke and commit to honoring our imaginations:


There are so many questions we can explore, and so many ideas yet to consider. I am not saying that all of Lao art and literature must commit itself to exploring the possible and the imaginative, but to fully grow, we need a body of stories and art that let us consider possibilities. 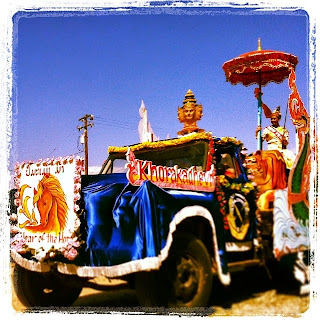