Big Trouble in Little China trade paperback is out 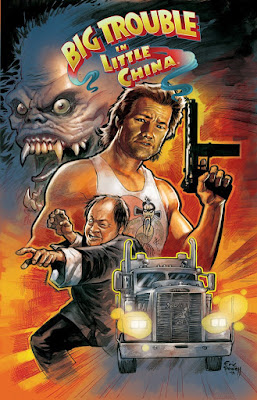 For those of you who've been following, the first Big Trouble in Little China trade paperback has arrived, collecting the first arc of issues that essentially will form an official sequel to the film. Which is better news than threats of an actual remake.

In this installment: "Jack Burton, a macho, truck-driving adventurer, finds a stowaway demon hiding on his rig, The Pork Chop Express, but that soon becomes the least of his troubles. He helped his best friend Wang save his fiancée from the clutches of an ancient sorcerer, but now the wedding has been invaded by more evil forces with one thing on their minds—revenge against Jack Burton!"