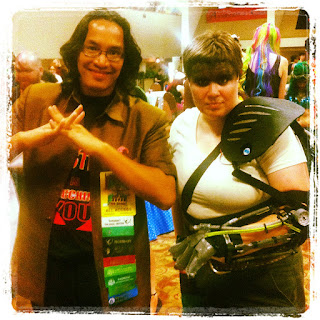 I'm still in the process of adding a few more photos as they come in to my CONvergence 2015 album on flickr, but if you're interested in seeing some of the things that happened at this year's CONvergence from my perspective as a Guest of Honor there, you can check out what's up there at the moment.  You can also see some of my photos and the photos of many other wonderful participants on Twitter, Instagram, and Facebook among the various shots with the hashtag #CVG2015

Among the various costumes and creations, I think many of the cosplayers and themed party rooms really had a good handle on Dystopia. Of course, there were also some classic Disney characters like Elsa and others who reminded me that a good many Disney films do seem like the residents are in somewhat dystopian realms given all of the drama they get into. 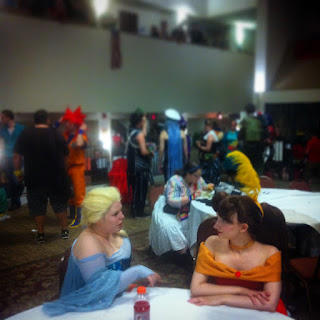 Next year's theme will be "Getting There In Style" looking at transportation, travel and destinations in science fiction and fantasy. I think that's a theme with a lot of potential.

I definitely appreciated the many nods to classic and contemporary science fiction and fantasy throughout the convention, as well as the various mash-ups and innovations we saw. I wish I'd been able to catch a good photo of Howl's Moving Castle, which one first place this year, but I was quite busy trying to get a picture of the amazing Toothless the Dragon who was scampering around the Doubletree. And it was worth it. 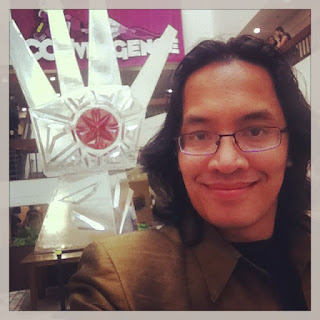 Again, a big thanks to all of the organizers who made this possible. It wouldn't have been the same kind of dystopia without you! All hail, Mark II! I look forward to preparing some presentations for everybody next year. Be sure to register now over at: convergence-con.org 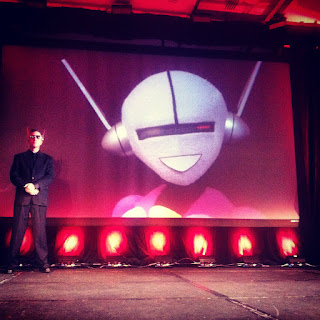