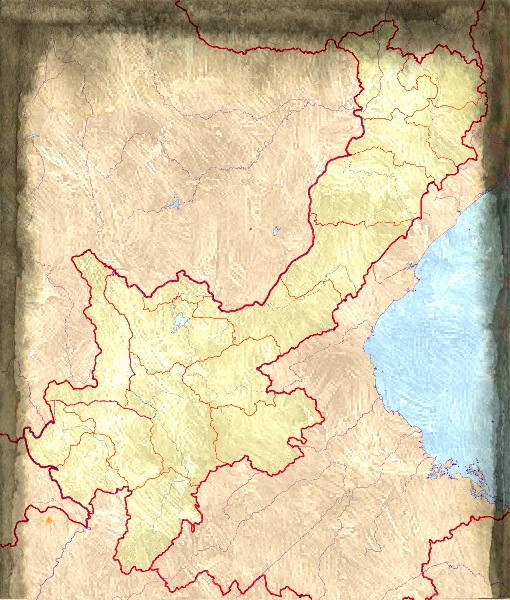 One of the interesting questions for Lao speculative literature is how we might reclaim our sense of cartography, and with it, our own sense of our borders and territories. This is an issue I discussed in part during my recent presentation at CONvergence as we considered how one might present role-playing games set in the region. There was a good deal of material we had to get through, but I think this is a particularly interesting element to consider.

In ancient Asia, the South-up orientation was common in many nations. The North-up orientation is the one we're used to most, but  it's also very Eurocentric. When we view Laos through a South-up perspective, it becomes an interesting exercise in trying to imagine how we observe various astrological and ecological phenomena. We would think of heading up from Luang Prabang to Vientiane and then on to Champassak.

The Chinese were one of the first to discover the compass and felt that it pointed towards the South, a sacred direction, and many Chinese emperors performed rituals that began with them facing the South. At the moment, it's still difficult to find classical materials from Laos that discuss the issues of geomancy and traditional perceptions of geography and the sacred, so we must frequently extrapolate what we can from neighboring cultures. 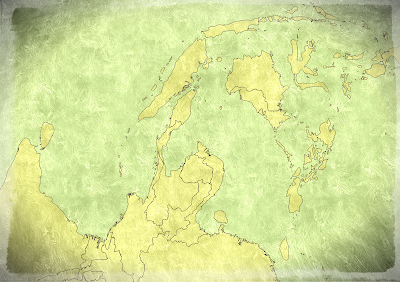 Above, we have the region using modern borders. A future priority project of interest for the Lao will be developing a map of the Lan Xang and other eras suitable for this purpose. Given the heavily shifting borders of the era, all border demarcations would naturally have to be considered somewhat fluid.

For the purposes of this discussion, I find this perspective poses an interesting question, especially when we look at our classical epics. For example, how does it shape how we contemplate the Lao Ramakien, Phra Lak Phra Lam might have been envisioned and their sense of the island of Lanka and the warrior-sorcerer giants known as the Nyak. Does it help us when we try to imagine the world of Manola and Prince Sithong, or Kalaket.

Southeast Asia is composed of hundreds of ethnic groups, and we have very little that kept records of how many of the tribal cultures perceived the geography of the region over the centuries. What did they prioritize or consider significant landmarks and holy sites, for example? This is often a mystery. One thing to consider is the proposal that Southeast Asia historically could be considered as a series of "mandalas" of influence rather than distinct nation-states or city-states the way we typically think of European civilizations. One interesting line of thought was the concept of zomia, although the idea may best be kept in alternate history works.

Here, the classic National Geographic Map illustrates just a fraction of the many ethnic groups in play in the region during the early 20th century. It is difficult to say how many distinct cultures might be undocumented in the centuries before, but it poses an interesting intellectual question. Note that it uses the outdated term of Meo, who would now be classified as Hmong today: 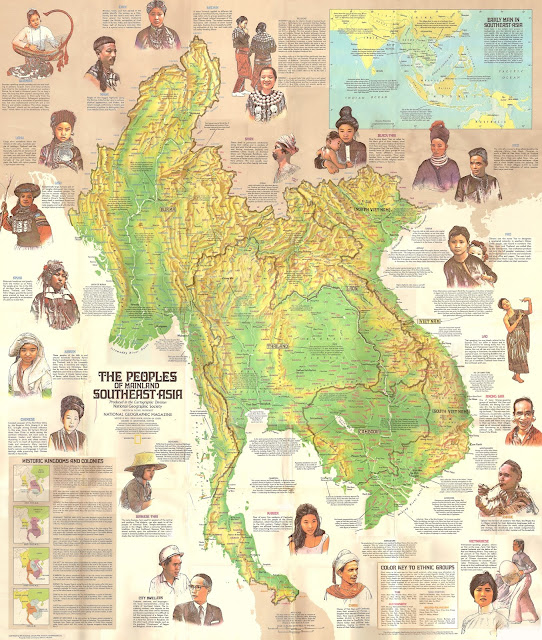 From a gaming perspective it may be interesting to consider what it would be like to play from the supercontinet of Pangea with modern borders, which was presented in 2012 by Massimo Pietrobon.  Here's where "Southeast Asia" theoretically fell into the equation.

Of course, this is a scenario where you'd be taking significant liberties since most of the modern cultures we have today weren't even close to existing in any way, shape or form, perhaps not even many of the dinosaurs or megafauna. But it can be interesting to speculate what might have happened if somehow the world had stayed in the theoretical shape of Pangea. It would also be interesting to see future projects that consider what would happen if the theoretical supercontinent of Amasia comes into being millions of years from now as an effect of continental drift. 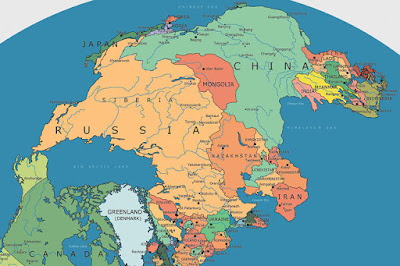 There's certainly many intriguing directions where all of this could go, but hopefully this shows some of the ideas that we can explore in the future in our role playing games, science fiction and fantasy. What are some other areas of speculative geography that you think we should consider?