On "Rockets, robots, and reckless imagination" 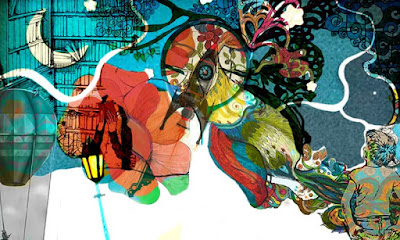 Recently, the Herald of Pakistan printed an article by Usman Malik, "Rockets, robots, and reckless imagination," that discussed the importance of science fiction in the Pakistani tradition and some possible storylines and approaches that emerging Pakistani writers could consider.

One of Malik's powerful quotes that resonates with me: "Lack of imagination meant they had no vision and no conviction." He then proceeds to outline how speculative literature might address and fix many elements of the Pakistani existential crisis. He has some marvelously ambitious ideas and justifications for reading, writing, and teaching science fiction, noting "Science fiction in its imaginative glory seeks to report and resolve and recreate a world filled with possibility."

Needless to say, there's much in his position that I think can be transferred to the questions we're asking in Lao science fiction, fantasy and horror. While I deeply appreciate the justifications Malik proposes, I find myself also compelled to argue against excessive utility in the arts.

It's well and good to have reasons and research that demonstrate the positive benefits of particular disciplines, especially among communities where there is great skepticism. There are many nations where there is an entrenched climate set against excessive expression of the imagination. But, it has been my experience that we need to allow a certain amount of space for the imagination and happenstance.  When we become fixated on particular results, particular benefits embraced strictly for their direct economic, scholastic or moral value, we can miss some significant things along the way. 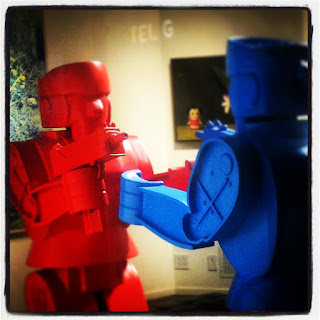 I suppose it may seem odd to argue for the "impractical" in the arts when so many are fighting to defend and maintain the arts using the justification that they're practical. I've argued for the arts frequently by citing practical benefits many times in my own projects, especially working on issues of Southeast Asian refugee resettlement. But I also want to make sure we're keeping a broader view.

I suppose in part, I'm considering the recent issues in a film like Mad Max: Fury Road where it is sparking deeply meaningful dialogues and capturing the imagination, yet it is also one where much of it hinges on the willfully absurd and impractical. Mad Max: Fury Road has so many astounding images that we would never see committed to film in almost any other situation, such as the Doof Warrior, or the fantastic vehicles cobbled together by the last remnants of humanity. But while the film knows it's important to create a world with significant depth that's also over the top, we never get bogged down in the full logistics of what it would take for such a world to rise forth.

"Why are the remaining cities solely committed to one industry, such as Bullet Town, or Guzzoline Town?" is not the question you can ask, or the tale unravels irrecoverably. You have to just go with it in order to get at the remainder of the storyline, which balances a conversation between the present and the mythic. I think of the old Buddhist joke about the person pointing at the moon, but the fool thinks they're supposed to look at the finger. 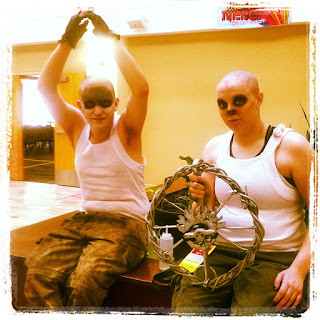 During the CONvergence science fiction convention in Minnesota this year, I shared a number of works of mine, including "Laostronauts," a poem of mine that postulates the journey of the Lao space program. To me, it has been important to create tales that might well set in motion more serious discussions of issues that can interest us.

We might well never actually see Lao travel beyond this planet, but we might surprise ourselves at the things we discover along the way as we try to do so. I might share a poem like "Laos In The House" because there is an everyday life so few of us approach artfully. And if we can't even attempt to find beauty in such moments, it might well slip away from us. But among the many different reasons I have for creating a piece, comes a sense somewhat similar to the significance of the black monoliths of Arthur C. Clarke's classic 2001. For the monkeys to see an unnatural object among them, for the very first time, was enough to be a catalyst to untold changes.

It would be the height of hubris for us to say we can absolutely predict what would come up from what we create, although there are certain patterns we've seen that can give us a clue to where things might head.

It's good to understand the benefits we "know" good literature can provide, but I also hope we continue to remember that the enduring magic of literature is that it can often surprise us with benefits we didn't even know we needed. The arts are NOT free of risk, but when properly fostered, history has shown time and again they can renew a culture with insights to things we didn't necessarily even know were challenges or opportunities yet.