Preliminary notes on the Phi Falang. Some likely foreign ghosts of Laos

"Oy vey! Have you got the wrong vampire!"
-Fearless Vampire Killers (1967)

One of the issues I'd brought up during our recent conversations at CONvergence was the issue of non-indigenous ghosts and entities who've found themselves in or near Laos over the centuries. As mentioned before, there are over 160 different ethnic groups identified within the modern Lao borders, although some consider the differences to be slight enough to recognize between 47 to 49 distinct ethnic groups.

Besides ethnic Lao, the Hmong, Thai, Puthai, Lu, Katang, Makong, Akha, Xuay, Ta Oy, Iu-Mien, Lahu, and Lisu would be communities who would theoretically have entities from their cultural traditions roaming about. There is some understandable debate about the proper taxonomy, however. Do we consider a Phi Kasu distinct from the Phi Krasue and the Phi Ab or the Filipino Pennangalan, for example? There are some who say we should keep it simplified, although I would argue this approach may be as erroneous as saying geckos, newts, and salamanders are all just the same creature. It may not apply to all of the entities in question, but it seems imprudent to assume there is no need to recognize distinctions. This could easily lead to scenarios that are the equivalent of trying to stop a vampire with silver bullets. 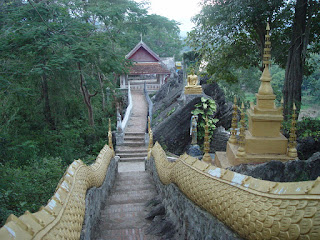 But even as we continue to sort this out, there have been some distinctive communities from abroad who've been part of Lao culture long enough that it's not strictly inconceivable supernatural entities may have arrived with them. Documentation is obviously scant and in some cases likely suppressed, but let's consider some of the likely candidates:

Countries known to have definitely cross-pollinated Laos and Southeast Asia with their own ghosts include China and their hopping Jiangshi, Burma, and India. Among the Indian ghosts that appear to have come into Laos are forms of the Bhoot, Vetala, and Pishacha. Weretigers have also come in but their precise provenance is still a matter of research. It should be noted that in making the transition from India and South Asia, many entities seem to have undergone some changes. The Kinnaly of India, for example, have equine features, but avian features in Thailand, Cambodia and Laos. 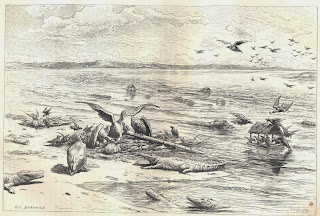 We know there have been Jews in Southeast Asia, particularly Thailand since the 1600s. Many arrived in Southeast Asia as Ashkenazi descendants of refugees from Russia/Soviet Union. Persian Jews arrived between the 1970s and 80s to escape Iranian persecution, and we know many Israelis enjoy taking their holidays in Laos and Thailand. This means there is potentially a chance for an encounter with Dybbuks, the non-malevolent Ibbur, and the Ru’ah Ra’ah. Future scholarship will have to consider the possibility of Mazzikin, and particularly Shedim/Lillin who are “serpent-like” and are sometimes winged humans. The formless Ruhot are also entities that may now have arrived in Southeast Asia. 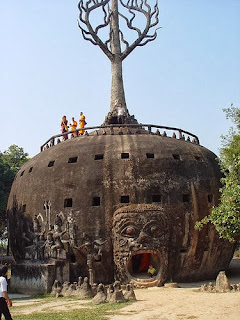 We know there are substantial Muslim communities in Thailand, with the majority from Sunni tradition. The southen provinces of Yala, Pattani and Narathiwat are home to 18% of the Thai Islamic community. In Laos, Muslimsconstitute about 0.01% of the population and are found in Vientiane, where they maintain a mosque. Jinn, Zars, and particularly Ifrit would be entities to take note of. Human ghosts are not mentioned in the Koran and as such, many do not consider them to exist.

It seems unlikely there will be many English supernatural entities outside of Thailand, although some may be near the Thai borders. More research would be needed to see if any British mercenaries fighting under Rama IV had been killed in action or met untimely accidents in the region during 1800s. Far more likely would be French ghosts, or phantoms, particularly legionnaires caught in the conflicts and various rebellions from the late 1800s to 1954. Of note is that many French legionnaires were also from the African colonies. 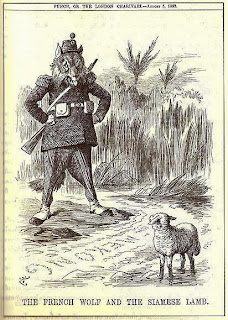 For a brief period, Laos was under Japanese control from March, 1945 until their expulsion in August, 1945. There are accounts from Hmong partisans who recall watching many Japanese soldiers commit suicide upon news of the Japanese surrender to the Allies. At least one unit did so by placing grenades under their hats with the pins removed. Over the decades since the end of the wars in Southeast Asia, Japan was for a long time one of the largest suppliers of foreign aid to Laos. Russia also maintained a significant presence, as did Australia.

While there are a significant number of Americans who are believed to have died in Laos over the years, there do not seem to be regular reports of possible American ghosts. Overall, one would anticipate the majority of ghost would be those of soldiers, NGO workers, and tourists.

This all remains inconclusive, but for investigators, hopefully this will provide some food for thought.