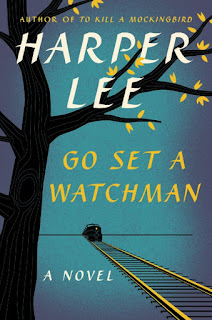 So, this weekend, I was somewhat disappointed to find out that Harper Lee's new novel in decades, Go Set A Watchman was released on the same weekend as San Diego Comic Con and didn't feature a single reference to Dr. Manhattan. I'm not going to outright accuse her publishers of a flagrant case of bait-and-switch, but still... I haven't felt this ripped off since I found out her first book was of absolutely no help at all in figuring out how to actually kill a mockingbird. 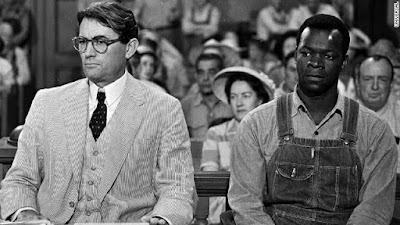 Now that we've got all of that out of the way, I was never quite enchanted with the world of To Kill A Mockingbird or Atticus Finch, although I can see how many would find him an exceptional character. Indeed, there are many who went to law school because of the idealism Atticus Finch embodied. In one book, Harper Lee secured her literary legacy, which is an impressive accomplishment.

In her long-awaited followup, love it or hate it, Harper Lee returned to the world of Atticus Finch and made him into a racist bigot. Which seems to many to be as big a literary non sequitur as you can get. Does it make him more likable? It certainly makes him more complex, but it's certainly not the character you'd expect. So, throughout the book you'll find his daughter Scout trying to reconcile with the horrible man she's come to understand is her father. 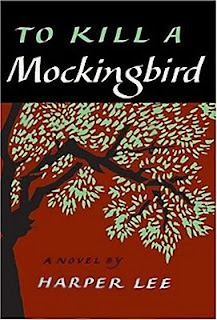 As a writer, I think it's perfectly within her rights to take this direction with her characters, as beloved as they are. It's certainly a bold, and surprising move, and one that certainly accomplishes an interesting feat of forcing us to completely re-evaluate the original text, knowing now that the whole time, Atticus Finch is harboring, or at least has the lurking potential, to become an incredible racist by the next 20 years when Go Set A Watchman takes place. I don't expect it will be a popular decision among many readers, but I don't think it will greatly affect Harper Lee's sales. I suspect it will be some time before we are able to assess if this was a necessary direction for anyone. Harper Lee's thesis changes significantly now, if we come to a conclusion that both texts must be read together.

In some ways, it seems so out of character that many will doubtless question its authenticity. Is it perhaps a modern forgery? Was it never intended for publication? After all, it has been some 60 years. The usual Truman Capote questions, etc. But for the purposes of this post, let's take it guardedly at face value, and see what we have before us.

On the one hand, I could argue we can be thankful she didn't pull a Douglas Adams, where he abruptly killed off EVERYONE in one his books in his Hitchhiker's Guide to the Galaxy series. It isn't like the sequel to Gone with the Wind where we're watching literary assault as another author essentially writes a fan fiction follow-up.  It's a significant flipping of the script, but it's interesting to see that Harper Lee seems to imagine we're an audience who will appreciate this. Might we compare it to latter-day writers of superhero comics who've decided we need characters exceptionally more grounded in reality, with more contemporary moral failings? 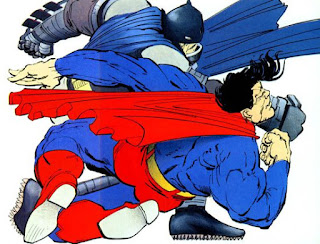 I can't imagine it would be easy to make a choice as an author to take a popular character and make the decision to turn him into such a vile figure, where everything we know about him now looks as if we were expertly manipulated and deceived, and we should just accept that character's world is mostly rotten.

But it is an interesting literary maneuver that requires us now to go back to To Kill A Mockingbird and scan over it carefully to see if we were missing something all along, and we were always going to head towards Go Set A Watchman. Overall, I would be hard-pressed to recommend this as a regular literary technique for most writers. It has the potential to backfire enormously at many, many levels.

Go Set A Watchman is certainly a challenging text. Enjoyable and enduring, however, for now, seem less likely to be words we'll attribute to it.

It has made me wonder how other authors might have pulled a Harper Lee on their works. Because it takes some work. It's not simply a question of turning a character into an over-the-top villain of Snidely Whiplash or an unbelievable paragon of virtue like Dudley Do-Right.


But how would YOU Harper Lee a beloved character?

I barely remember Atticus from To Kill a Mockingbird, but from memory I'd say his character was based on being a non-racial idealist. I wonder if his character taking a opposite direction is a statement she's trying to make, especially given all the racial unrest we experience now. I'll have to read both together to see if I can get a sense of it. Great post!