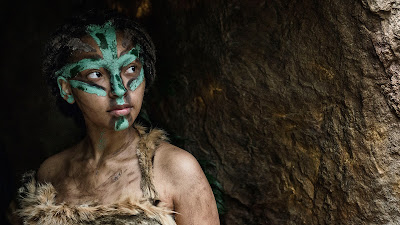 PBS recently aired the episode of First Peoples: The Woman from Tam Pa Ling based on a very interesting discovery in 2008.

"63,000 years ago, a woman died in the forested hills of northern Laos. She may have been looking for food or shelter - perhaps she was escaping a tropical storm. Whatever the reason, her final resting place was a cave now known as Tam Pa Ling (The Cave of Monkeys)."

They further note: "Human fossils are extremely rare in the tropics because the climate is too wet to preserve bone, so this was a major discovery. It is the oldest definitively modern human skull found anywhere in Asia."

Well, for now at least, given the nature of science and constant new discoveries. In the meantime, be sure to look for this episode when you get the chance. From a writer's point of view, I certainly hope this encourages more of us to take an interest in the possibilities and to do more research and create more works about a potentially fascinating era.